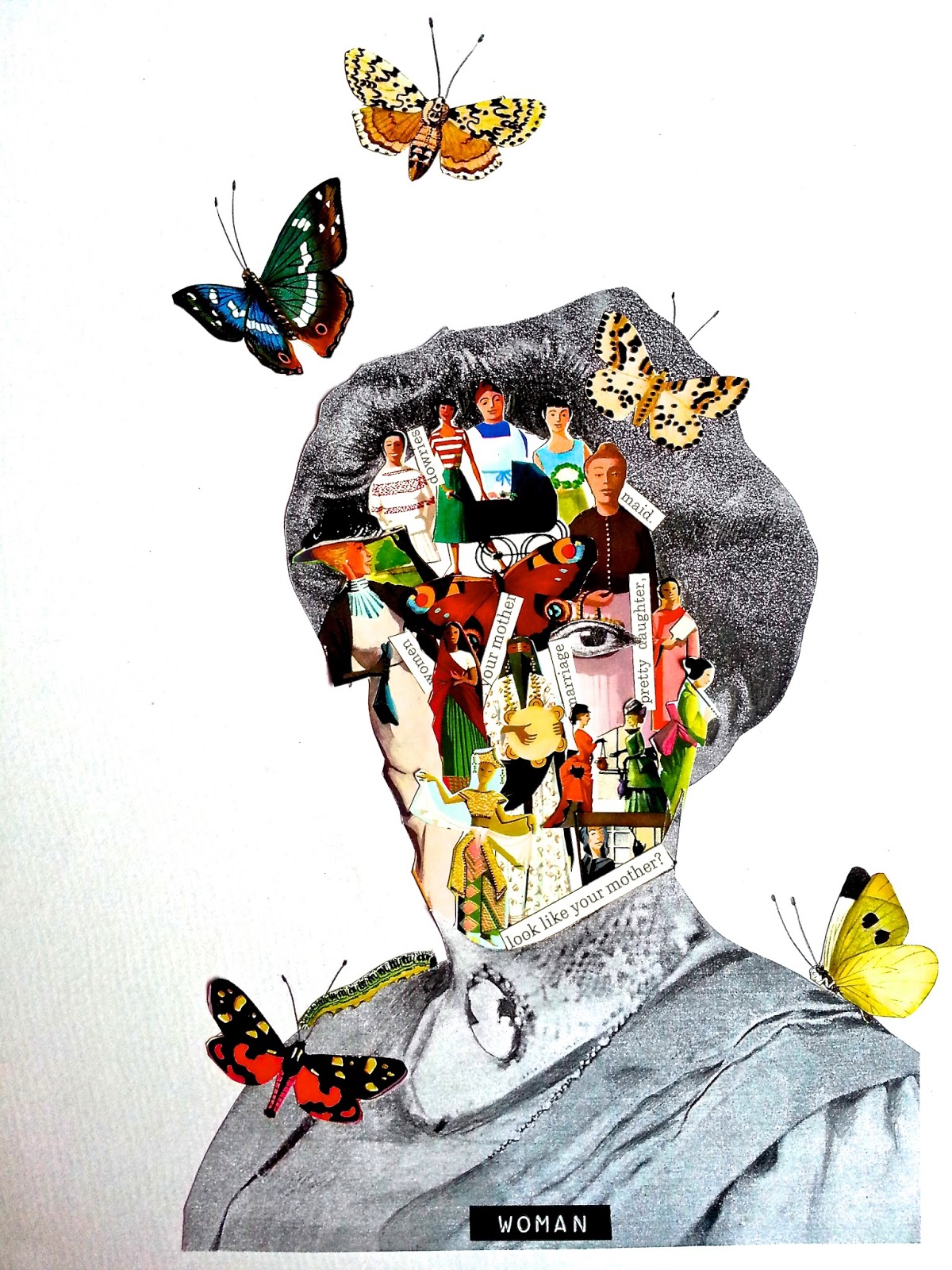 You know,there are so many versions of who we can be.Of who we are.

There are so many masks we can wear for all these roles. So many faces, so many changes of costume and outfit.

The person I was at 20, bears little resemblance to the person I am now...internally and externally.(thank goodness)

Sometimes I wonder how I might have lived in another time...sometimes I even dream about it.

I watch BBC bonnet dramas, and become all Jane Austen and restrained virtue, perilously close to the edge of acceptability, I watch Madmen and become all mod and retro and human rights vs. housewife extraordinaire, I watch Saving Private Ryan and become a grieving mother,with nowhere to turn.I feel their emotions and wake up feeling a little confused when I first open my eyes and adjust to the reality of actually being me.

These collages are bound to the idea of women as charismatic and mysterious, able to be many faces. Sometimes incognito, as they keep their mouths and hearts closed, sometimes letting their dreams float and fly away.Sometimes being many things to many people,in different times and different places.

To make them I used photocopies, old books salvaged cut up, a label maker, serviette paper from a discount store and lead pencil...but I knew what I was going to do before I even began cutting.Guess I was playing another role: the woman in me as a creative soul.

The funny thing(or not) is...I had squeeze this time in between juggling mummy stuff, wifey stuff, family commitments, illness, DIY,regular home duties...and as a result of course, of putting me at the bottom of the triage list... is this collage post is about 5 days overdue!
Oh the irony! 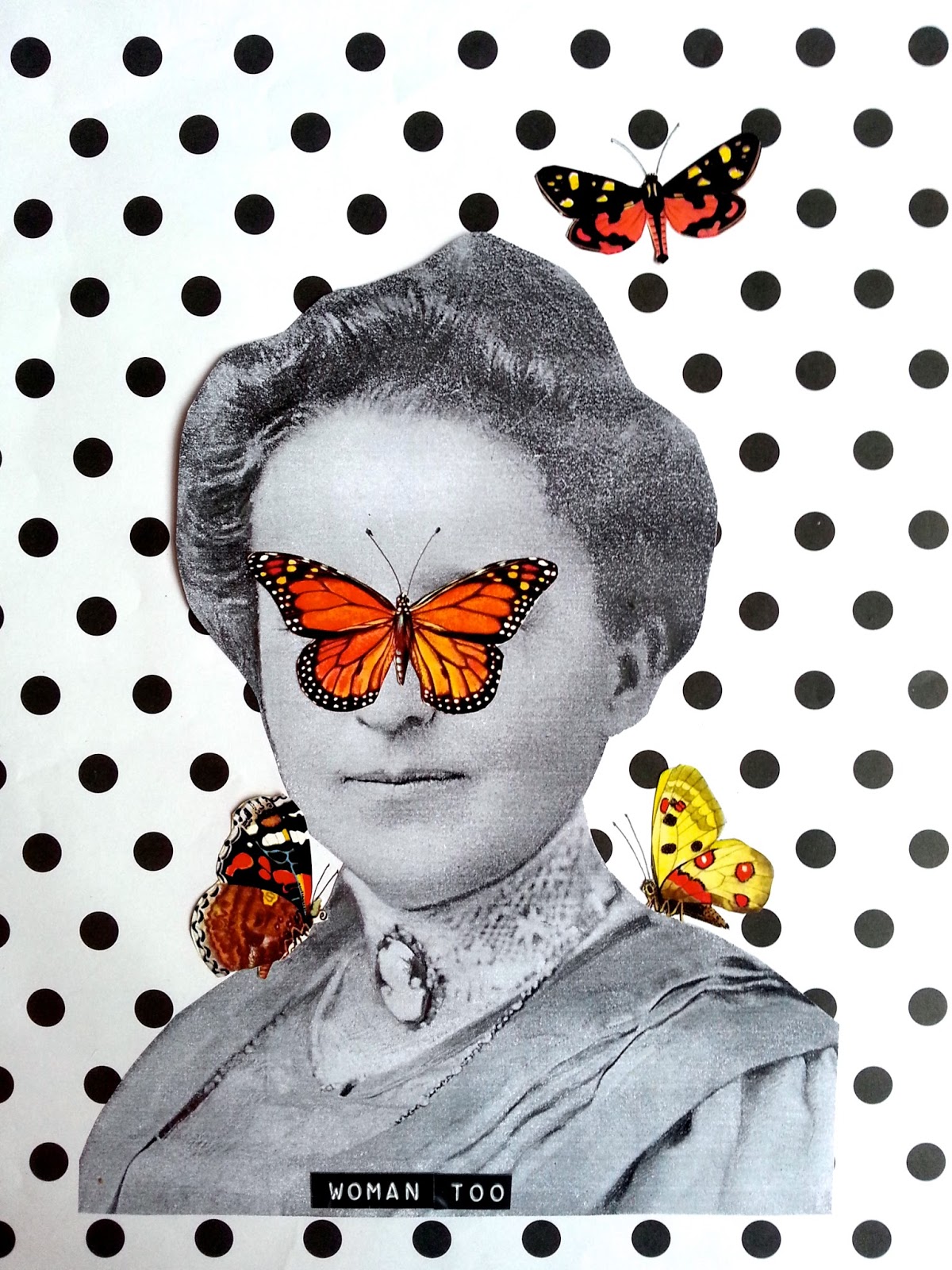 at 01:33 No comments:
Email ThisBlogThis!Share to TwitterShare to FacebookShare to Pinterest
Newer Posts Older Posts Home
Subscribe to: Posts (Atom)