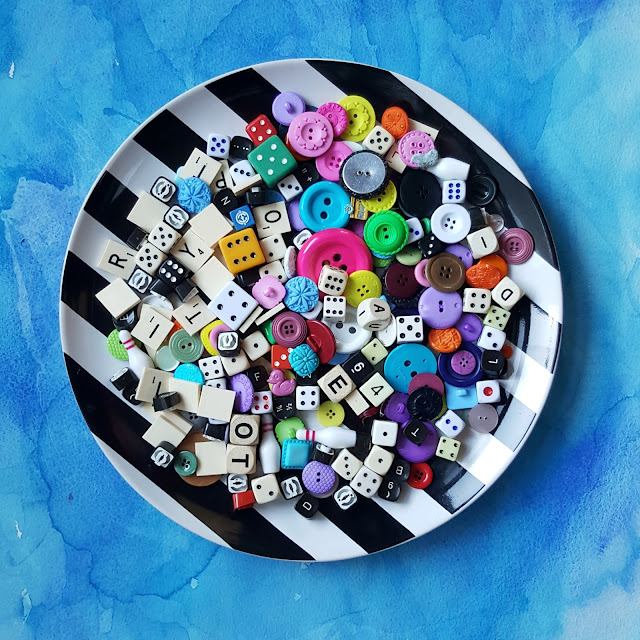 Yes, they really are apt alternatives. Any of them will do, and plenty of others with a bit more sauce and a slew of rude words too. So why? Why is it that sometimes life just throws stuff at you, and as hard as you try to cope with it, you really just have to concede total defeat?

This is what happened last Sunday morning, in Sydney, at around 8am to be precise. In tears, & barely able to stand up, with a warm shower washing over me, leaning on a cold glass screen, I had to admit I was going nowhere. Fast. Then I lost consciousness, & my hubby called it.

You see, at 10 am I was due to begin teaching a day of creative loveliness at Little Lane Workshops.

Not to mention, just me getting to Sydney is no small deal. It is about 350km drive from where I live, and because of my dodgy knee, I cannot drive till my surgeon says "okay"... So hubby does the chauffeuring!

Additionally, (life is never dull) this particular weekend was not only my workshop weekend, but was also the weekend our Miss 9 had her big end of year ballet concert. You know, special hair, special makeup, early start, late finish & all associated ballet shizz. Hmmmm...

Realising this was going to be tricky to pull off, I rang my parents who live in Newcastle, & they graciously agreed to drive the over 850km round trip, to spend a few days looking after the kids, & ensuring Miss 9 got to her concert. 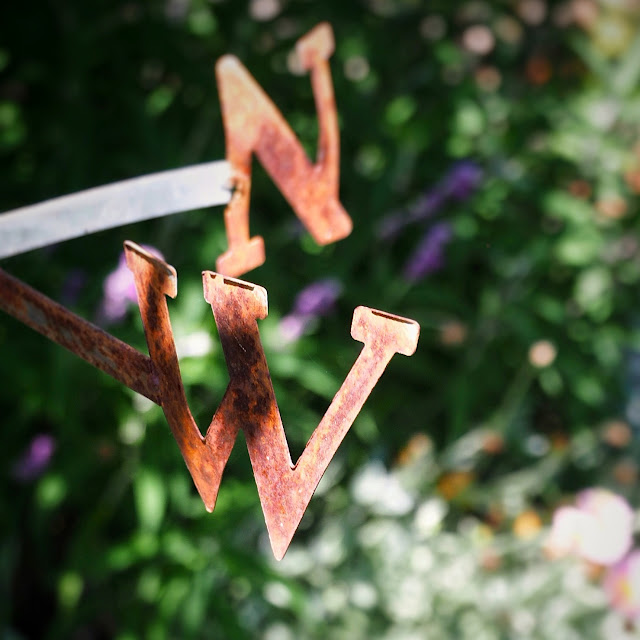 from the west we drove...

So you see, a LOT of people drove a lot of kilometres, & rejigged their schedules for me just to be in Sydney.

Then there are the people who had paid their hard earned cash & committed their valuable time to attend the workshops. The people I care about & respect, because they are the ones who allow me to do this, teach & create. Lovely, lovely, lovely people. I knew they would have arranged babysitters too, caught buses & trains, travelled from nearby & some from far, have organised their time to be there.

So when at about 6AM Sunday morning, when I woke up feeling a little bit weird in my tum tum, I was filled with dread as well as squiffiness. NO!!!! PLEASE! NO!

Ick. I knew what was coming, because the previous week or so had been filled with me playing nursemaid & sympathetic Mummy to my 2 daughters as they moaned, groaned, spewed and pooed.

Eventually the squiffy became nastier, & the inevitable happened. A rush to the bathroom, & it had begun. BUT, I was sure, really sure, that maybe the 'bug' had now been expelled (surely) & with a little more sleep, & Panadol, I would wake up & be FINE. Okay... delusional I  now know. But at the time, it seemed reasonable.

Because you see, it was not just the clawing beast of gastro doing circuits in my gut, but sheer panic, stress, & anxiety that was spinning around & around in my addled fevered head that was making me ill. The truly awful feeling of knowing that I was going to be letting so many people down. Fear that I will make them angry, & think me unreliable, unprofessional, lame. Anxiety that we had just spent time & money getting to Sydney for ZIP ZILCH NADA. And really really upset with myself for... just feeling like crap.

With all that swirling around, I collapsed in the shower. And then hubby found me, called Sonia, & the stumps were pulled up. 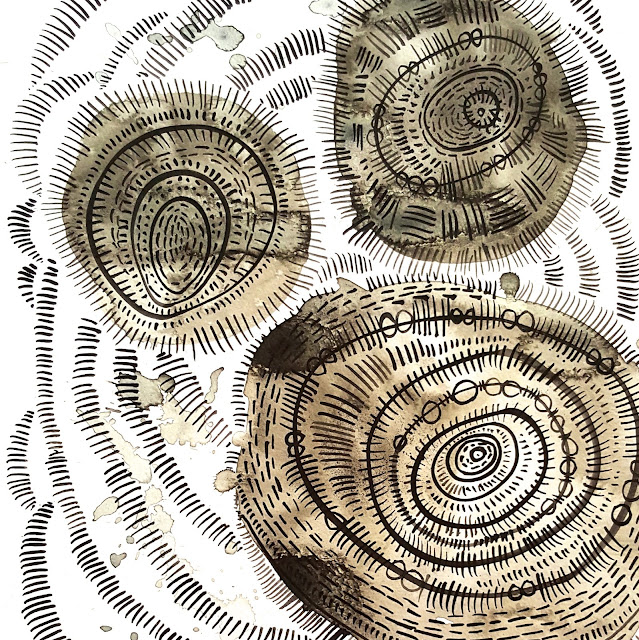 From there it just got worse, if a bit comical too. Hubby knew he had to get me to the car, and he also knew I could not walk... so he tried getting one of those fancy bellboy large luggage trolleys, put pillows on it & attempted to move me on that. Epic Fail!

Eventually the lovely people at the motel found a wheelchair for me at a nearby Sports Club, & I was able to be wheeled to the car, head lolling around delirious and mighty pretty.

Poor hubby. While I had slept, he had gone out & bought blankets(I had aches and pains, chills & shivers), a big bucket & spread around pillows & cushions in an attempt to create a little bed for me to lie down on. Bless his little cotton socks!

But somewhere along the freeway, going 110 km, after moaning and groaning in pain, I passed out again. Blacktown Hospital, hello and here we come.

24 hours later, 5 bags of saline, an ECG, blood tests, scans, painkillers, lots of sleep and antibiotics later, I was allowed to go home, with a verdict of low blood pressure, dehydration, gastro & a kidney infection. 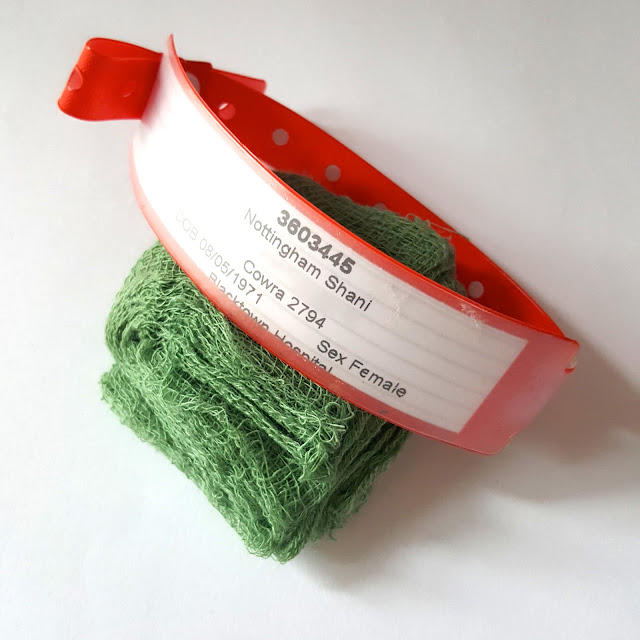 So nothing extreme, exciting, uncommon, special, newsworthy, or fantastically awful. Just enough to wipe me out for a few days, cause massive inconvenience, & wish I had shares in a toilet paper company.

Relieved. But not just because I knew that it was nothing too serious. But relieved too because of the kind and reassuring words from those around me. From Sonia at Little Lane Workshops, from my parents, from my hubby, from the doctors and nurses who treated me, from the kindness of the ladies at the motel who plied Jason with bottles of water for me. 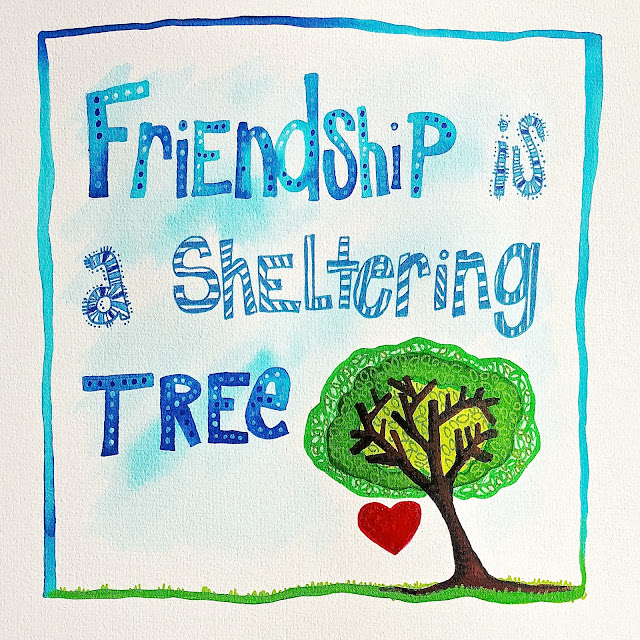 friends make it all so much easier

Reassuring me that not only are people generally lovely, but the world would not end, that it will be okay. And yes, you can have more painkillers.

That the workshops will happen again next year, and life will go on. That your health and  wellbeing is number 1 priority.

So I learnt something too. Not to panic - and that there are some other alternate titles for this blogpost really... which are just as apt.

but probably most of all...

at 17:43 No comments:
Email ThisBlogThis!Share to TwitterShare to FacebookShare to Pinterest
Newer Posts Older Posts Home
Subscribe to: Posts (Atom)