RARE PEAR STUDIO and art (so this is some of it)...why I blog and write..or so I initially thought...

RARE PEAR STUDIO and art (so this is some of it)...why I blog and write, or so I initially thought... 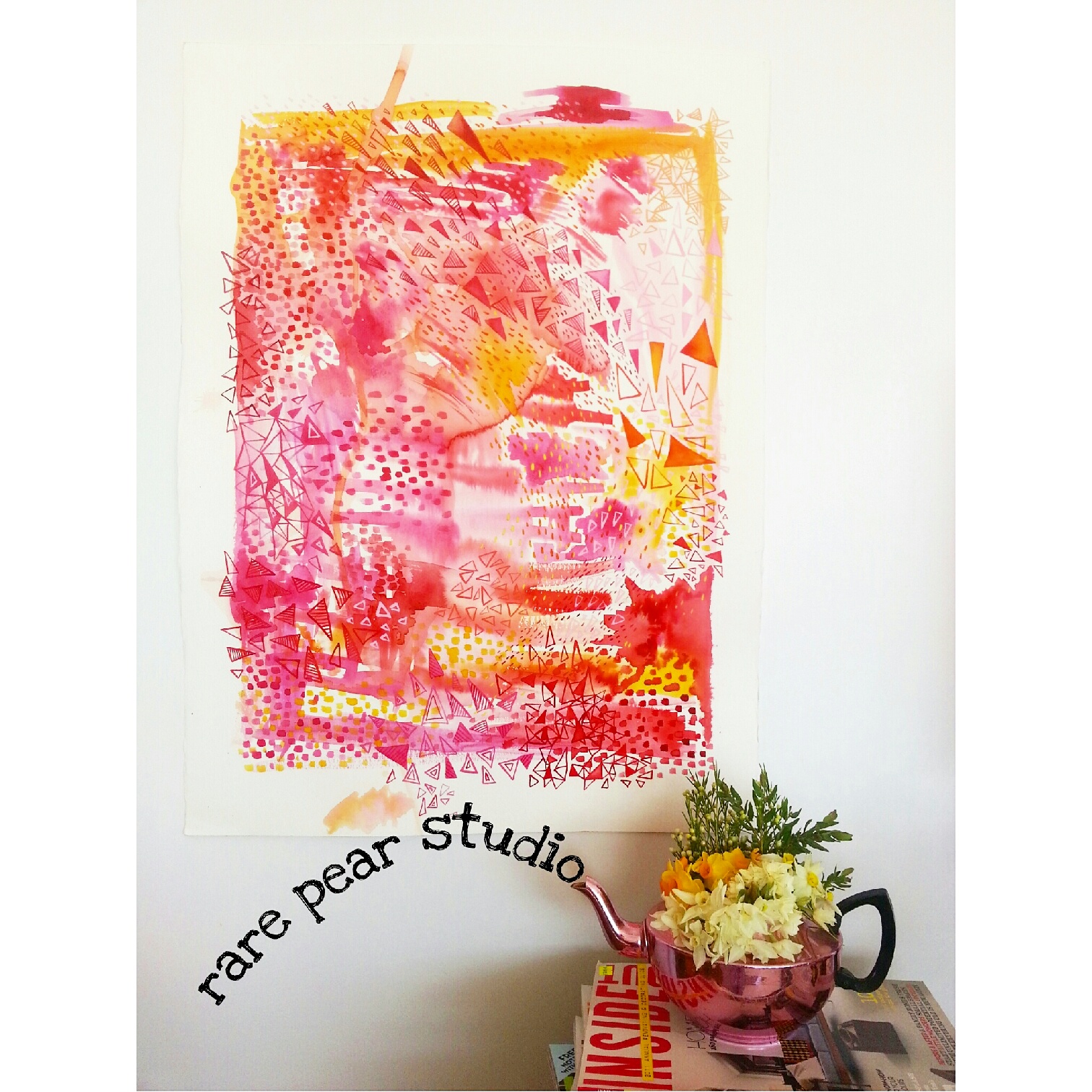 It has come to my attention, that the very reason that I began to blog...I have never even attempted to convey. I have never even really told anyone what it is I do...and why rare pear studio even exists.

Once upon a time,I completed a Bachelor of Arts, Visual Arts, major in photography, and minor in plant and wildlife illustration.

After that, I travelled and lived overseas for a few years,with my lovely fiancé.Upon our arrival back in Australia,we quite rapidly...and unexpectedly... found ourselves in Central West NSW.Far from family and friends, and very far from Venice and Europe.  Instead - town of 2000 and no traffic lights, ATM, or shops open on a Sunday.Shock.Complete cognitive shock.

After a year of coming to grips with this seismic shift, and realising I had to do something lest my brain turn to mush, I enrolled in a teaching degree by distance education.And married.And fell pregnant.

I was continuing to take many photos including working part time as photographer for the local paper,I set up my own darkroom, entered local exhibitions and shows...but really, had not found what I needed, or how to turn my creativity into something more than dabbling.

In a bid to stay creative I did go to a local art group - they were very friendly, most welcoming. I was the youngest by several decades...and it soon became apparent that my desire to paint in bright colours, and spontaneously, was an anathema to them. They did lovely things, but not my type of things.

Lots of landscapes with sheep, trees, shacks,...you know what I mean. I did things that made them scratch their heads, and ask questions, raise eyebrows, and say things like "That is interesting"....while looking at each other.

My favourite moment came when I had forgotten my lunch, and one of the members asked if I would like some of her sandwich... (I should set the scene a little...picture an old classroom,  Slim Dusty was on the tape player, and a baby kangaroo was hopping around while this was going on, one of the ladies being a wildlife rescue Mum). I politely declined. And she said

"Oh Darl, it's real nice, fresh tongue.From our farm. Killed by my husband.Cooked by me."

As a vegetarian of all but 4 years of my life, I almost heaved as she she opened her bread to show me a big slab of pink tongue. I did not think...and blurted out..."Sorry....I am vegetarian". Well, you almost heard a pin drop. Stunned silence. I might as well have announced I was an alien, cross dresser, or elephant in disguise.

So gradually, the time and urge to create became less visceral, and life took over.The threads of art still pulled and puckered me up at the seams, reminding me that it was still there. But I embraced gardening, growing my family, studying,began my new career of teaching (art specialist), doing the odd exhibition, painting murals for my kid's school,...dabbling around the edges of creativity.My home became a major creative outlet, and my opshopping just flourished.
I did win some art awards, photography awards and trophies, had my images chosen for a local calendar, and tried to keep my fingers in a lukewarm creative pie.

The strength of the creative undercurrent sometimes caught me out and pulled me down though,and I would have a minor melt down, a panic about needing to paint and draw.
Especially as my children got older, and I realised that a huge part of me was completely unfulfilled.

Fast forward, 2012. A dear friend had begun a cake venture, and had decided to have a stall at the local farmer's market.She asked me to have a market too, to hold her hand and keep her company.
As she said "Come on, this is a chance to do something with all those folded book sculptures ..you should make some cards or something too".

An idea began to grow . A little seed of an idea.

"Hey, I could be a brand, and do all sorts of things".

So...the name rare pear became a thing. I was so excited about the first market....my brain was buzzy and fizzy. And then...my whole family came down with major gastro. For weeks - the tag team illness that wiped us out. In tears, with no energy, sapped from loss of fluid and tiredness...I rang my friend, and pulled out of the market.

Cue a few months later. The idea had faded.

Until I sat down with a cuppa , and read a little article in a Sunday paper lift out, about a lady called Jacqueline Fink, extreme knitter, her label LITTLE DANDELION , maker of bespoke beautiful throws and blankets and mats.And her beautiful house. And her creative journey.

The interviewer asks her what was the thing she had learnt most on her creative journey. And she said

"YOU JUST HAVE TO START".

It hit me in the heart, the solar plexus, the gut, the brain. Then she was quoted as saying that she was so proud of the example it had set for her children, that being a maker, a creator had inspired her kids too.

I got up from the table, shaking, sat down at the computer(then an unknown, barely used, tolerated and feared piece of technology) and started a Facebook page, and announced RARE PEAR to the world. No idea what I was doing, but figuring that if I made it public, then I would HAVE TO do something. 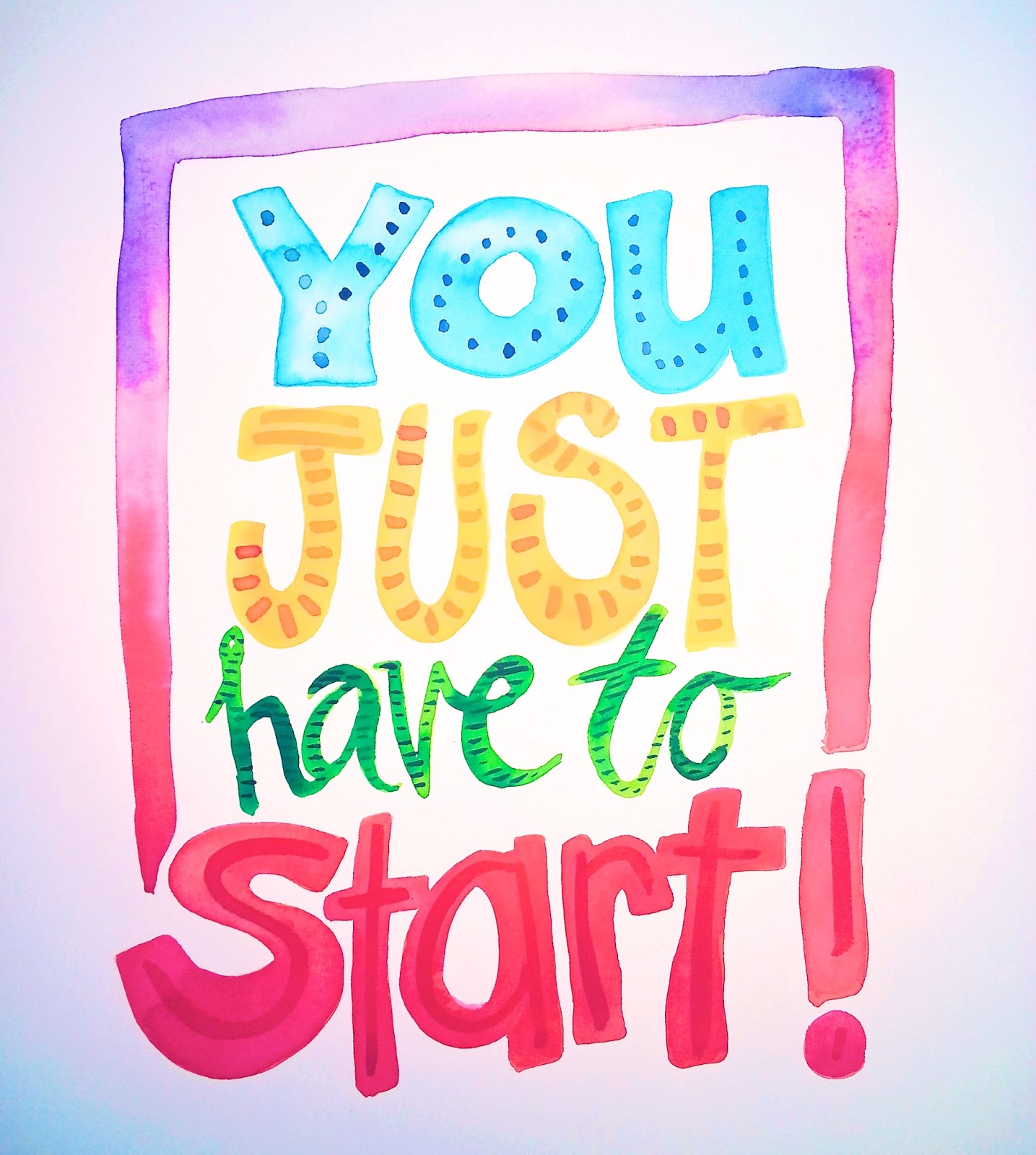 And I wrote a list of 5 things I wanted to achieve that first 12 months. I ticked them all off. A second list..next 12 months, 2014 And I am slowly ticking them off.

Rare pear became rare pear studio, and an integral part of my life. It has sustained me through a crisis in 2013, and given me the impetus to push, push, push, where I thought I never would. I have found social media (another thing that the wonderful Jacqueline Fink told me I HAD TO DO...she told me about Instagram...) and a vast network of like minded souls,even met some of them...found gorgeous and loyal customers, and discovered new opportunities.

And I now paint, and draw, and photograph constantly. If I go without for too long, I just do not become a nice person. The floodgates have opened, and it is fantastic. I am still finding out what I am doing, still so many ???? , but as scary as that is, it is wonderful too.

So. The writing? The Blog?

That was because another dear friend,PIPPIN HOME rang me one day and said YOU HAVE TO DO A BLOG. In fact, she came over to my house, that morning, signed me up to Blogger, did it all, and said..

Without her, I do not know if I would have begun blogging. And the truth is, I started the blog as a way of supporting and growing my little fledgling business' presence. A bit of marketing.

But now I find that the love of writing, which I always had + love of images,+ love of photography  + wonderful community + interest in others stories + (found through Blog with Pip)+ time to myself + the blogging joy = blogging now because I just enjoy it.

It is much more than a marketing tool.If I do not blog for a while, I get itchy fingers.

I write because of the love, support, and push from a couple of clever friends, and the  kind words of a stranger.

I will leave you with a completely random selection of some of my art...honestly, the ones I found quickly....they have no real significance or importance...and are not a full representation of my style, my ability and my oeuvre. Just a little teaser of rare pear studio stuff.

PS.Just to let you know, I wrote to Jacqueline Fink, sent her an email.(which I barely knew how to do) And this kind, generous soul wrote back to me, with words of encouragement and hope. I know that if she had written to me abruptly, curtly, and not encouragingly, I would have found it almost impossible to take those first steps. A few kind words.So powerful.I ended up meeting her briefly, at an exhibition she had.She was lovely.And though our initial contact has waned, and I now only sporadically see her posts, and she mine...I will be forever grateful for the kindness she showed me.And I have told her this. She knows. The fabulously bizarre thing is...now I give advice to others! 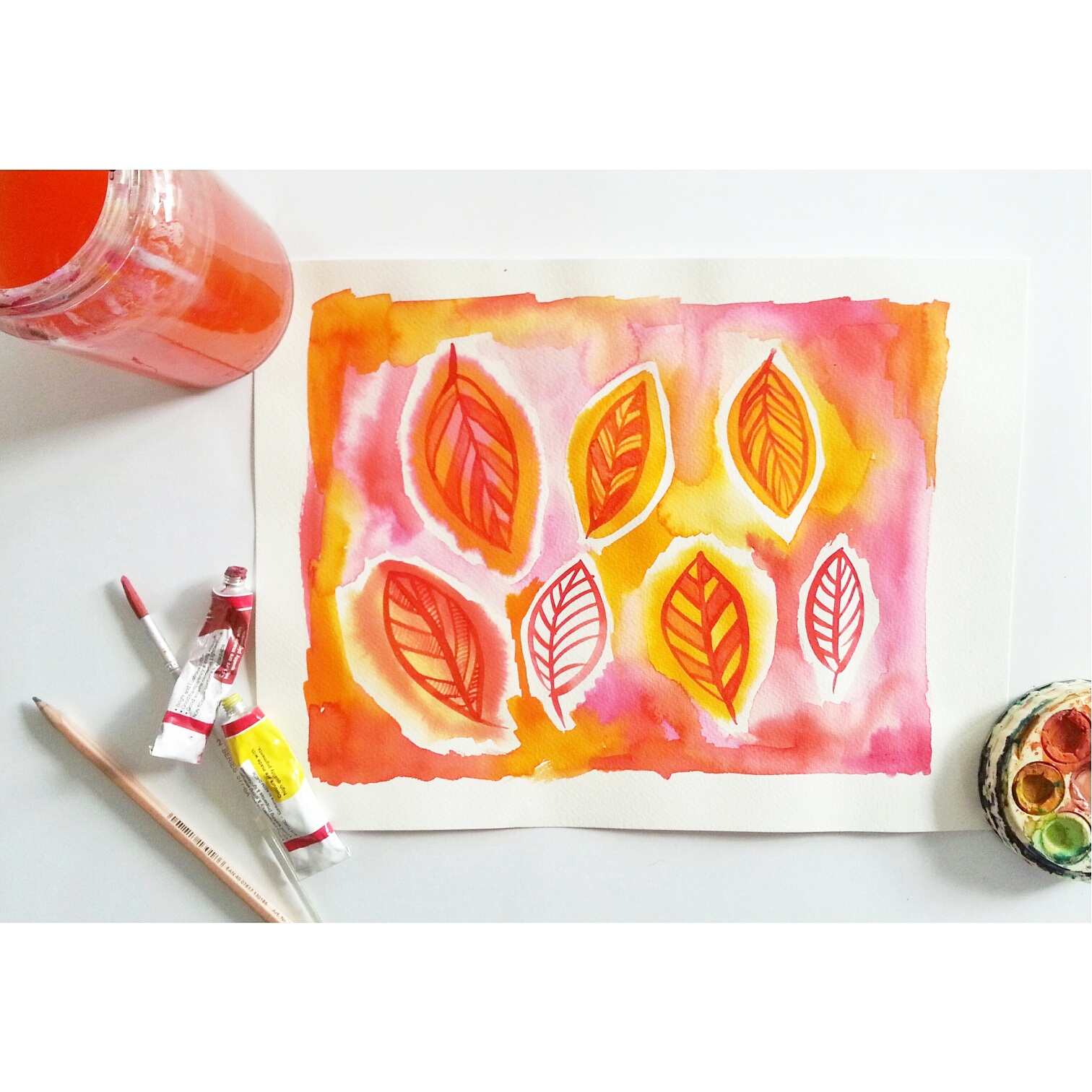 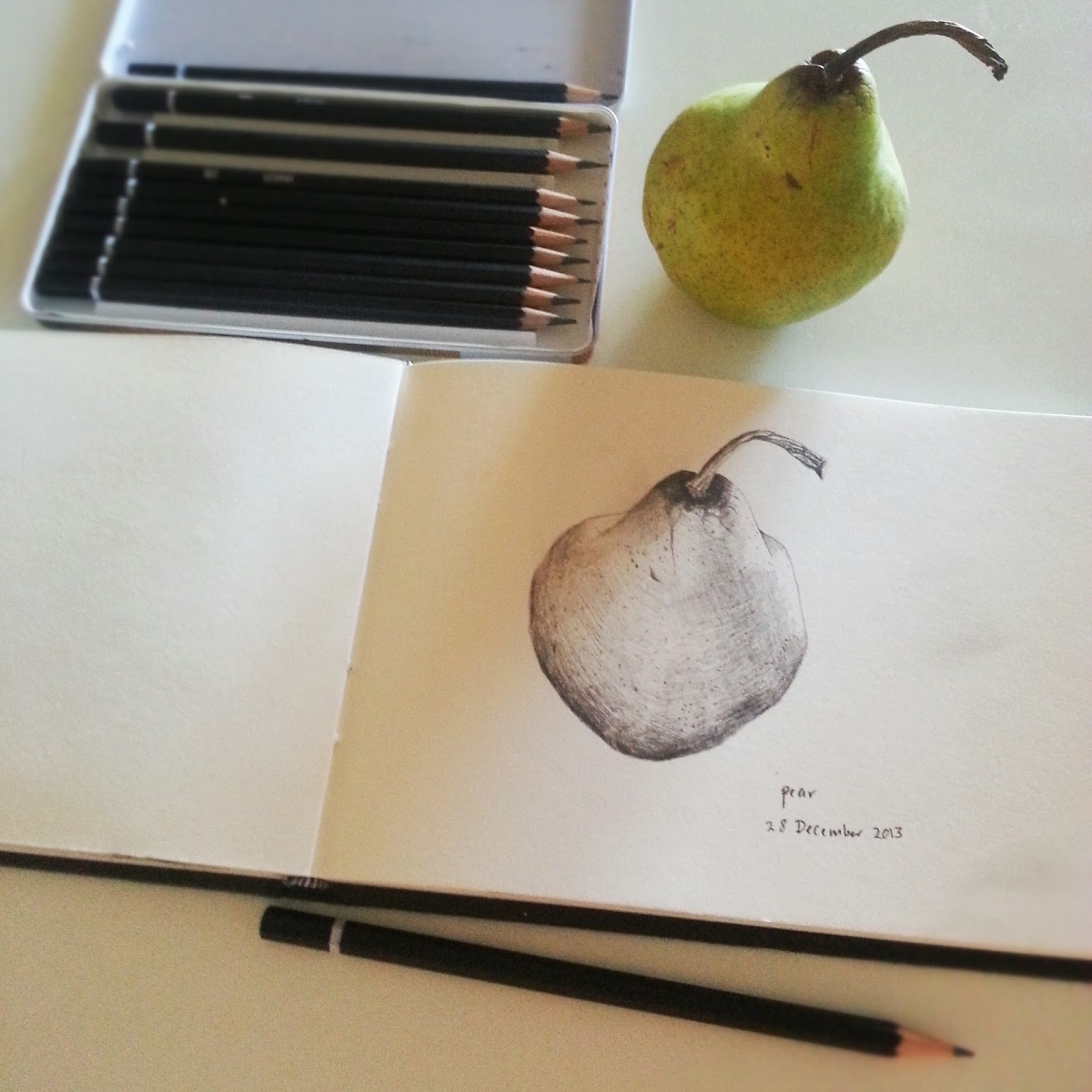 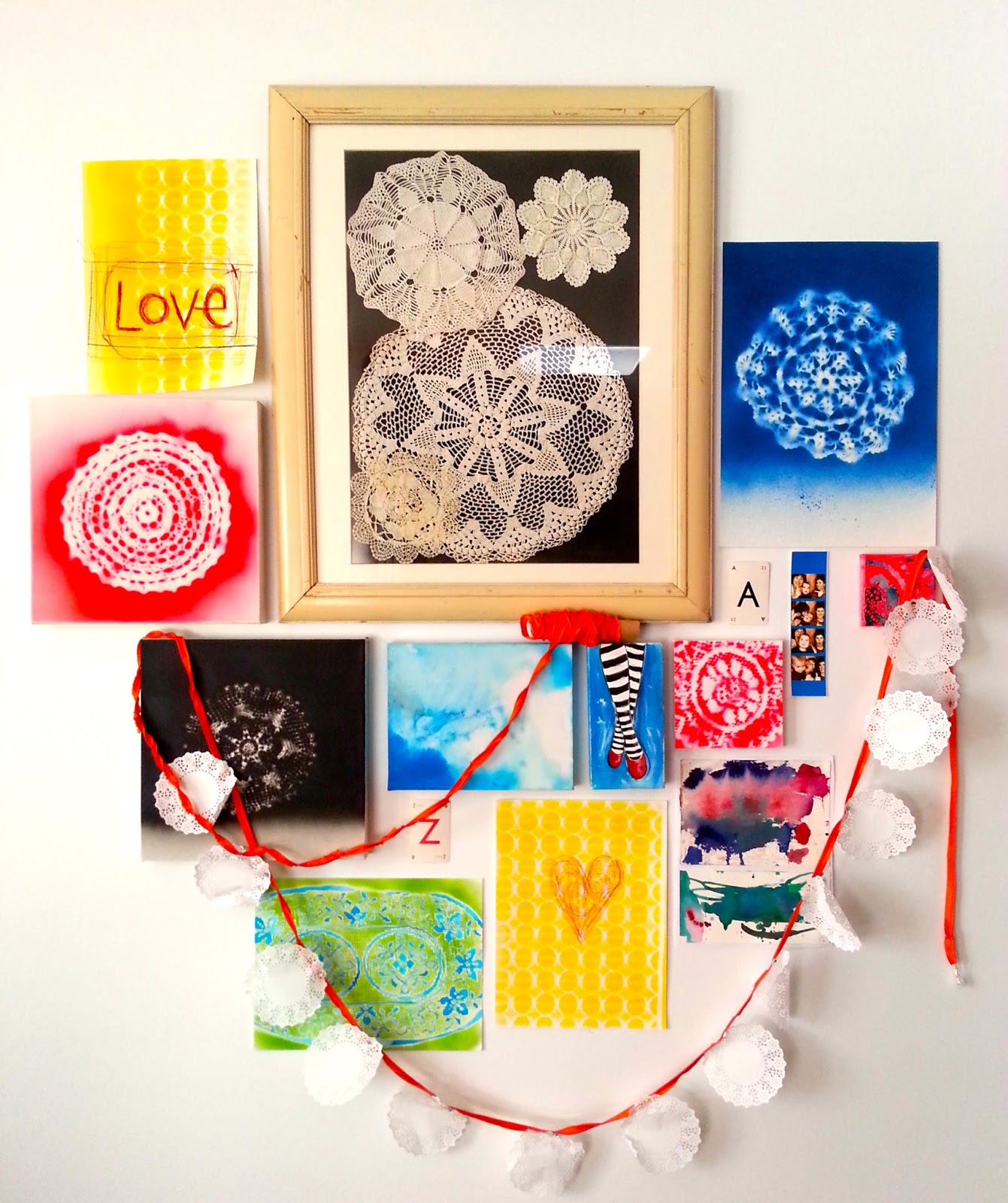 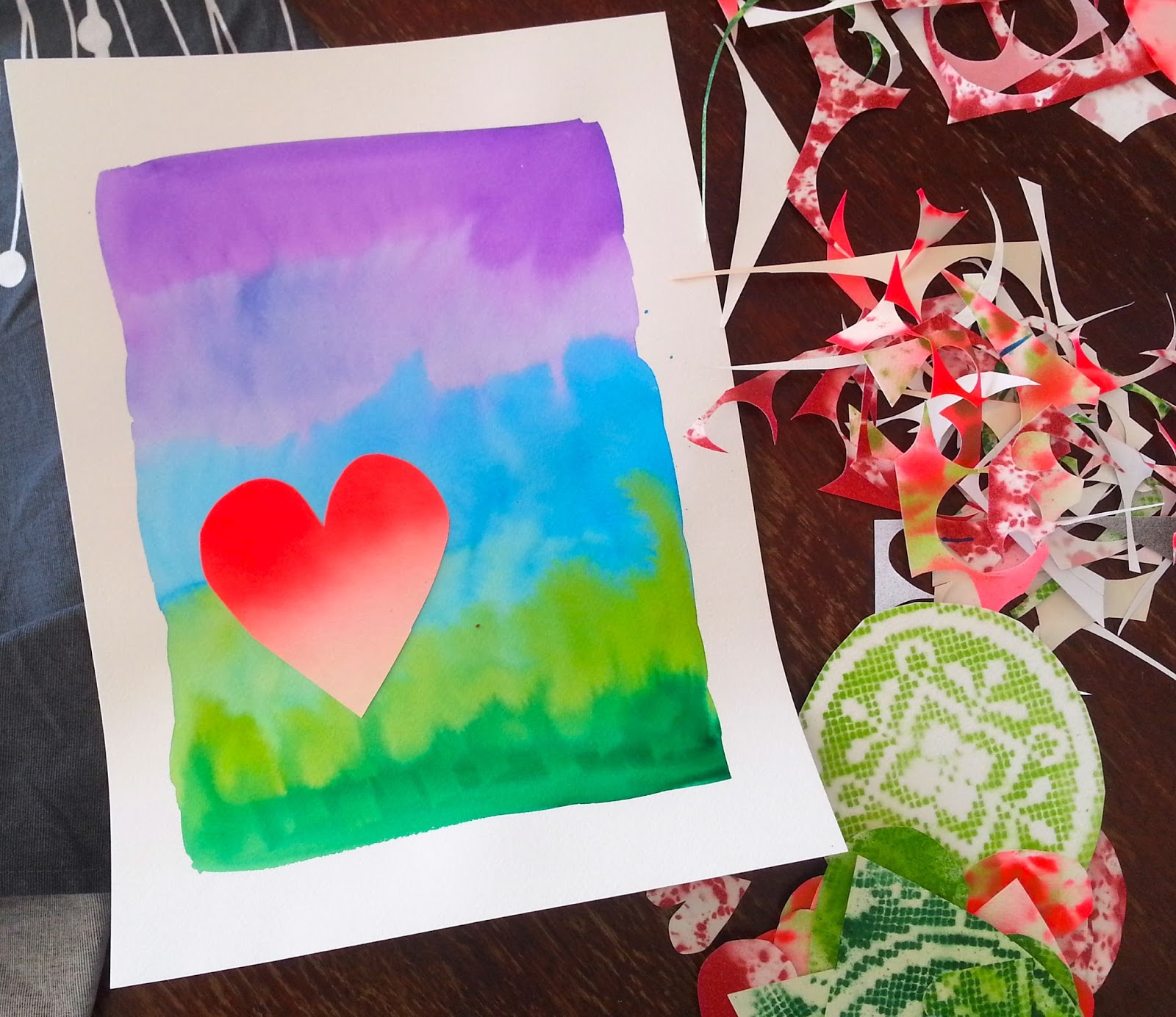 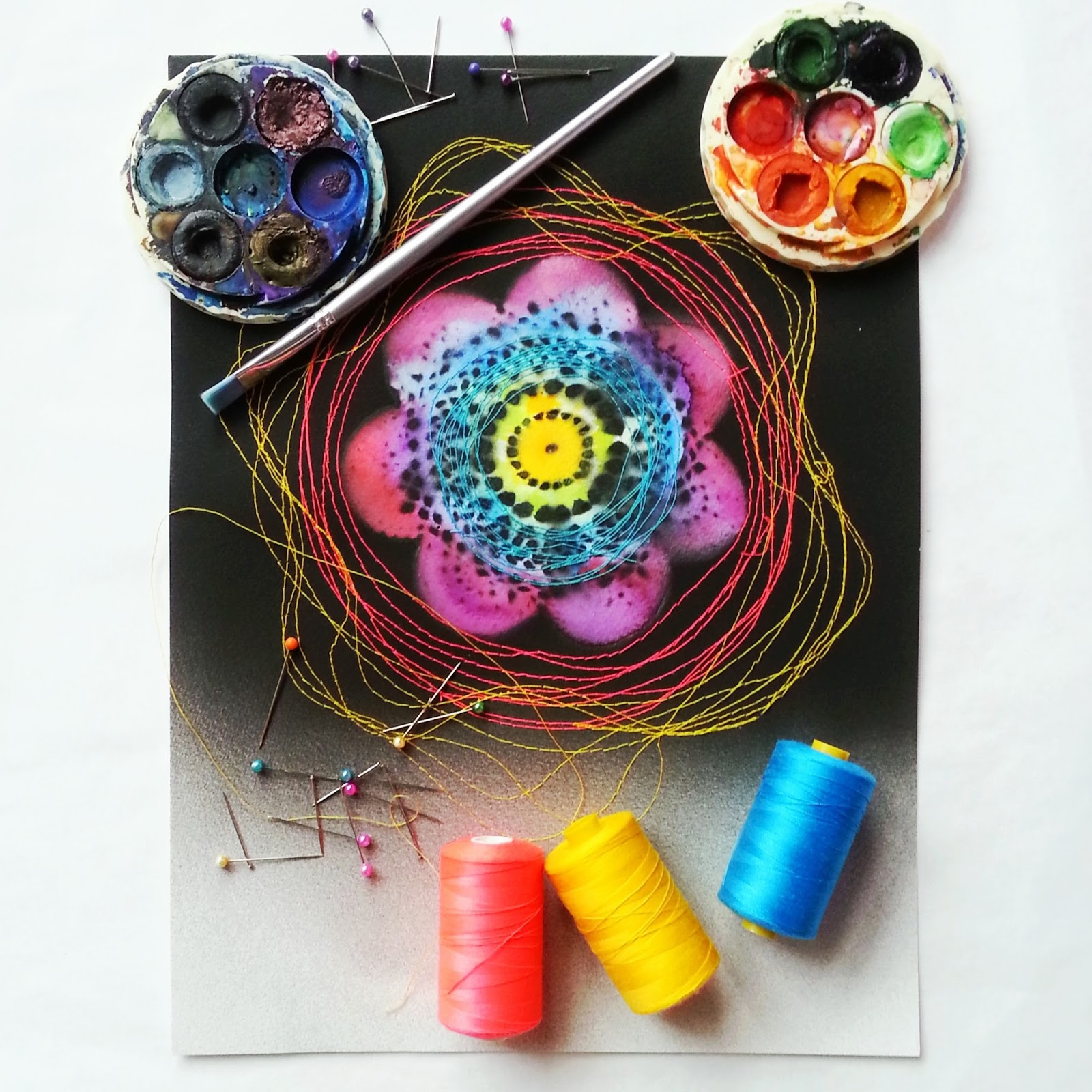 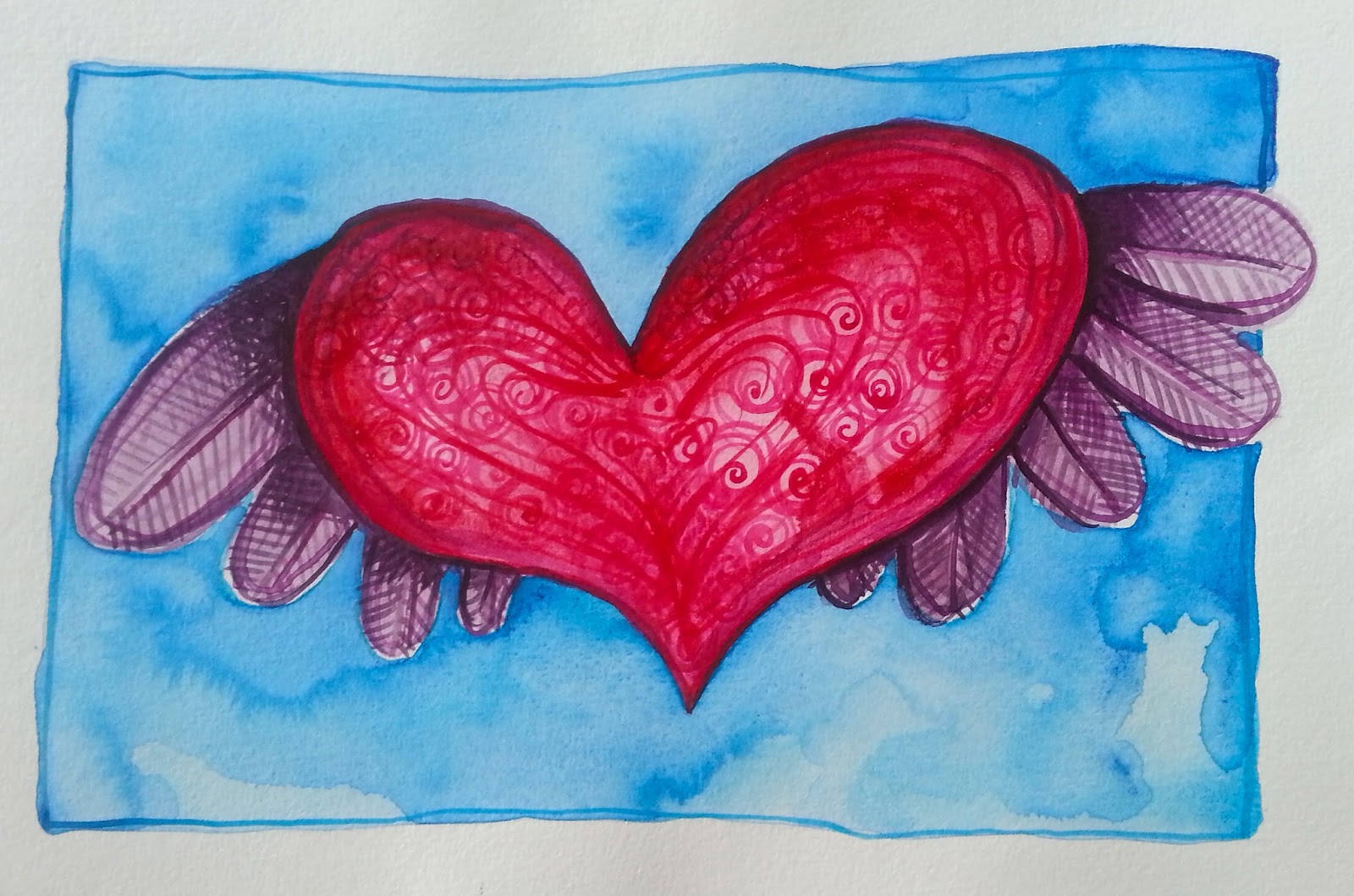 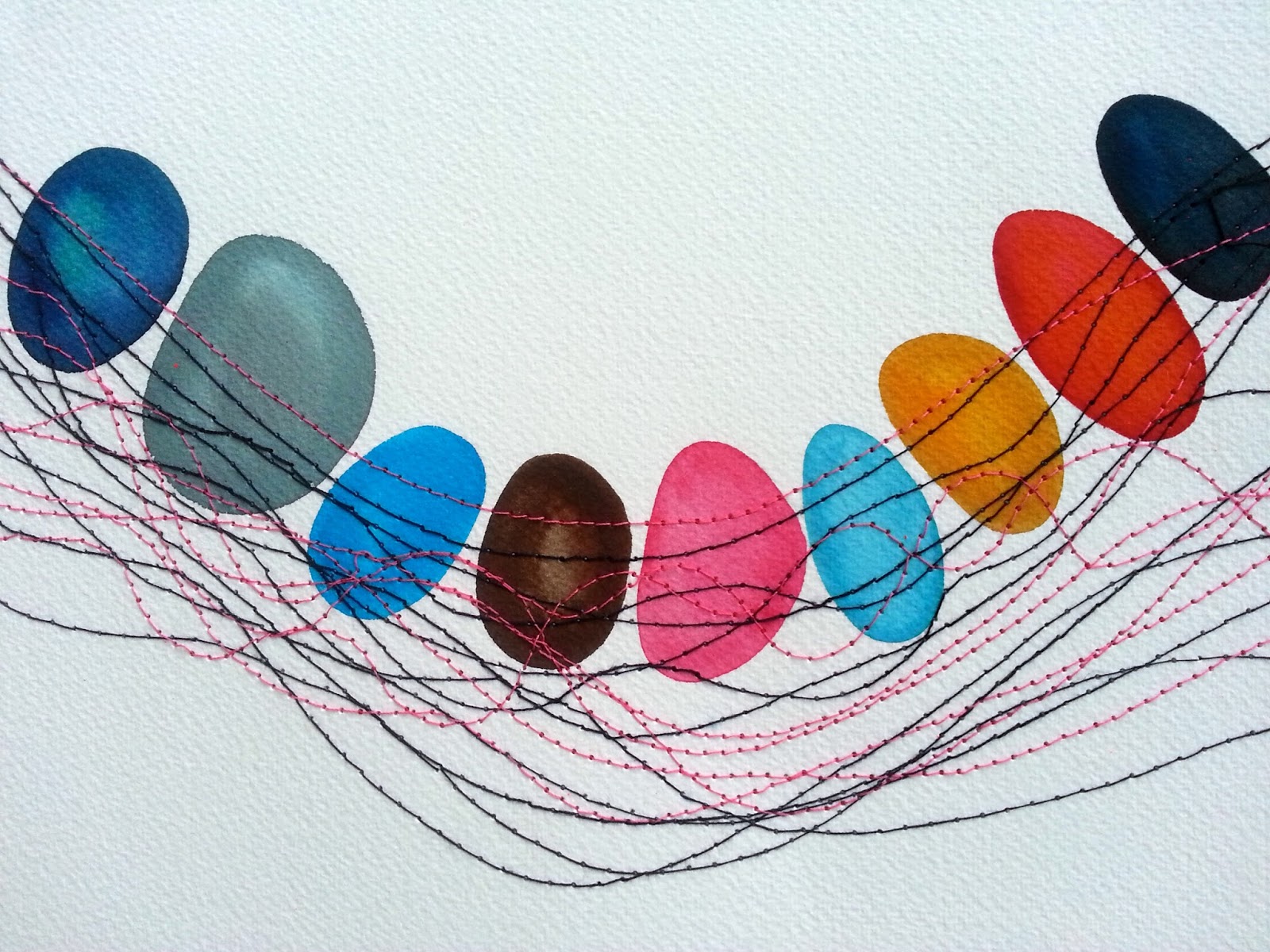 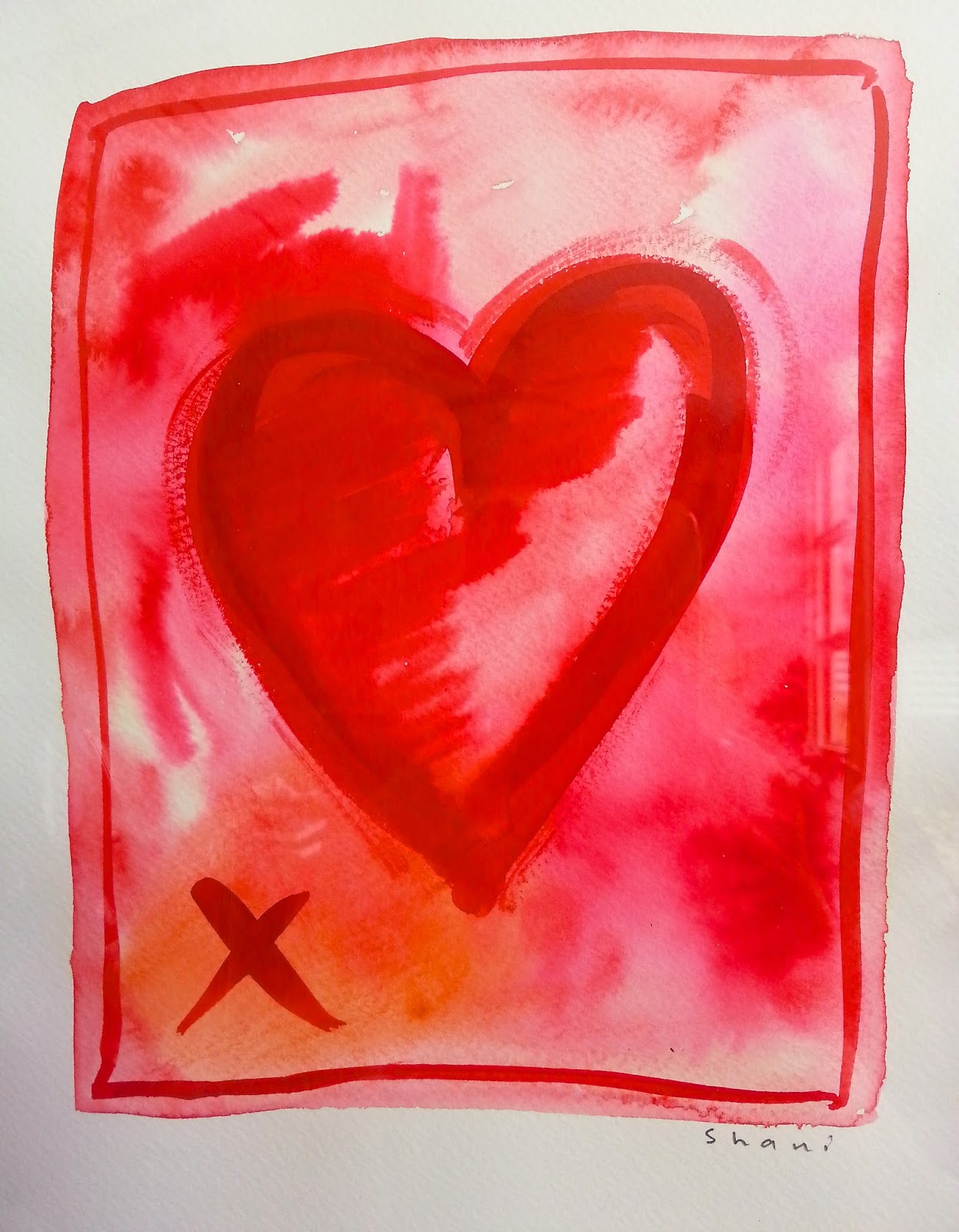 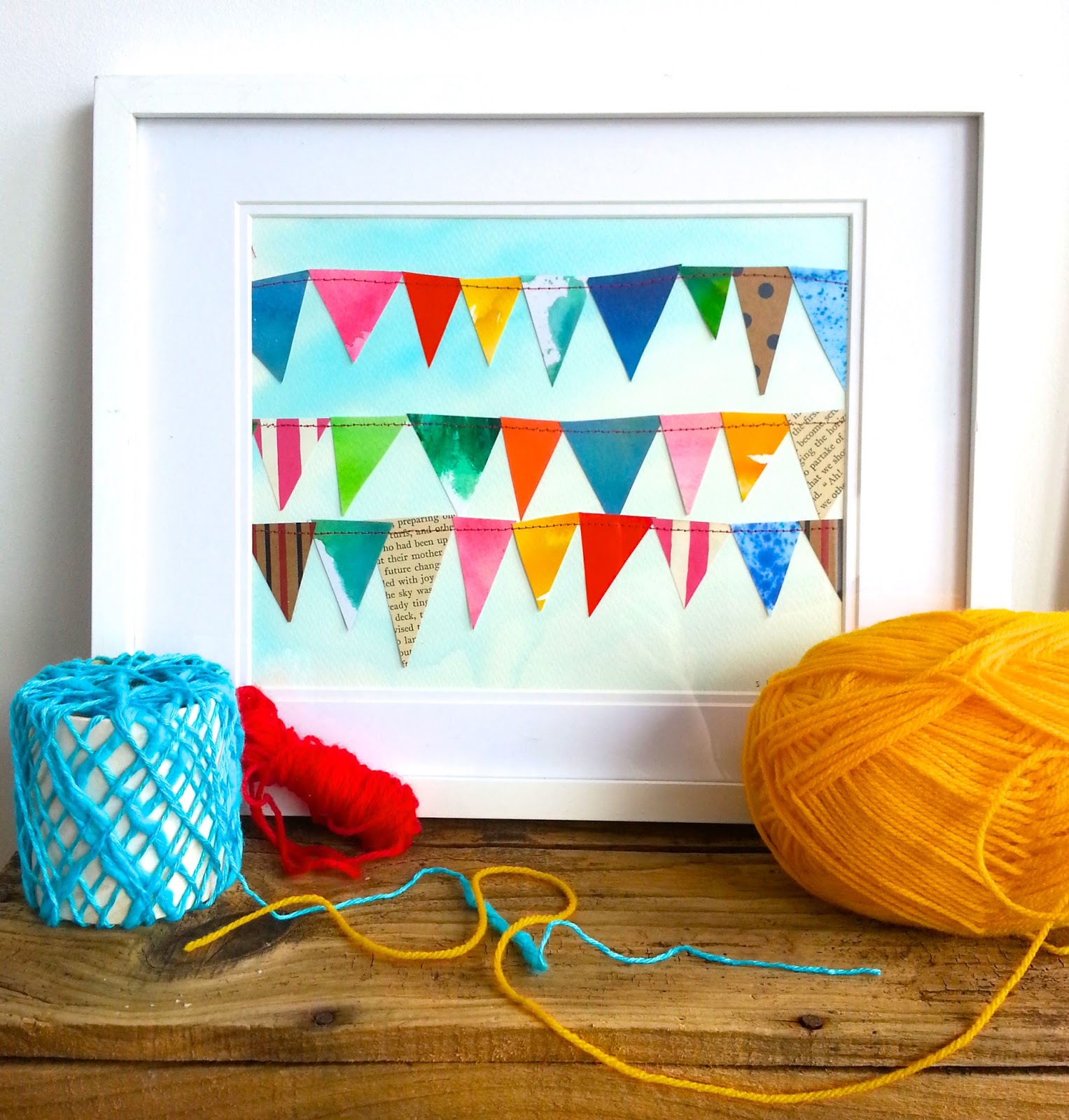 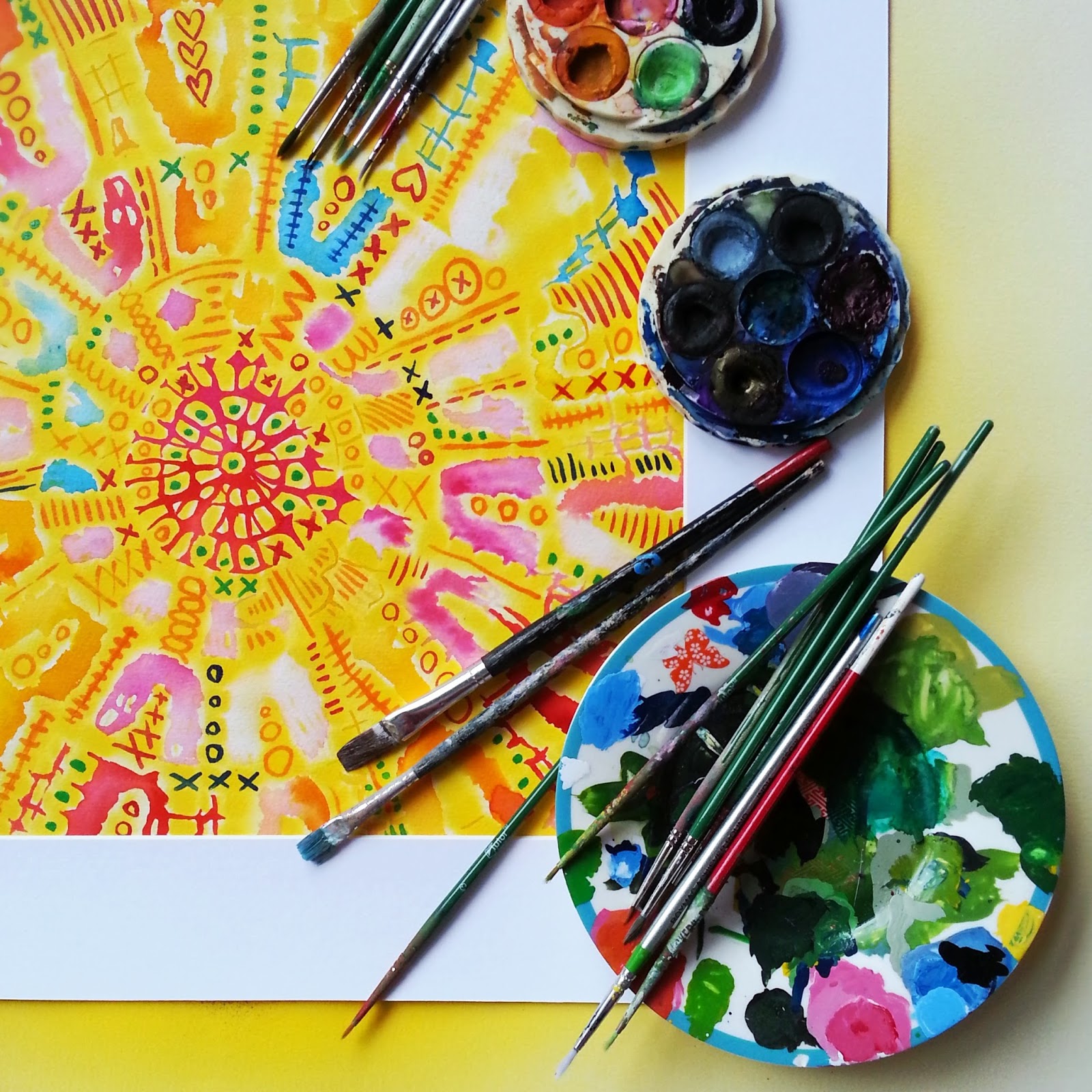 working on a watercolour piece, 2013 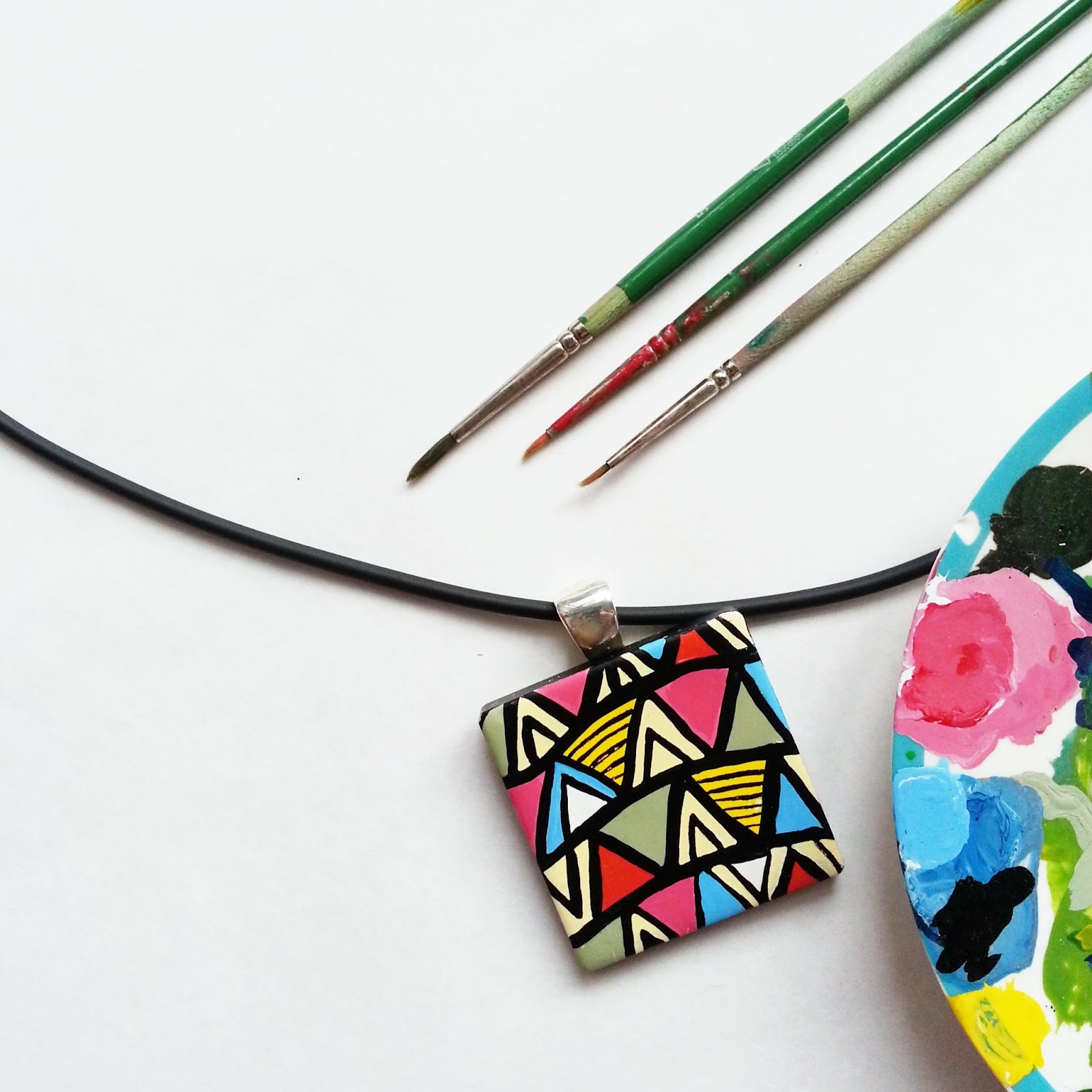 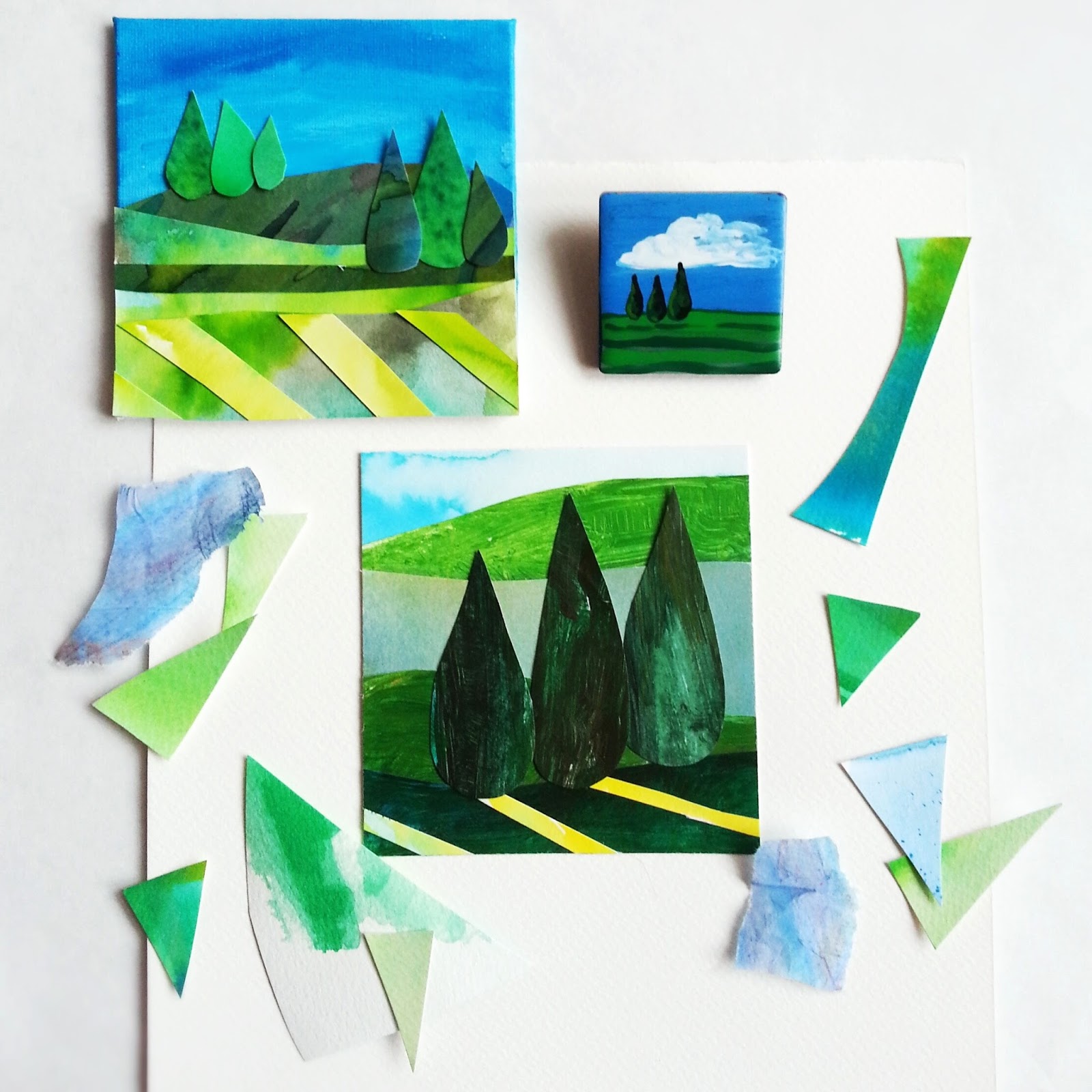 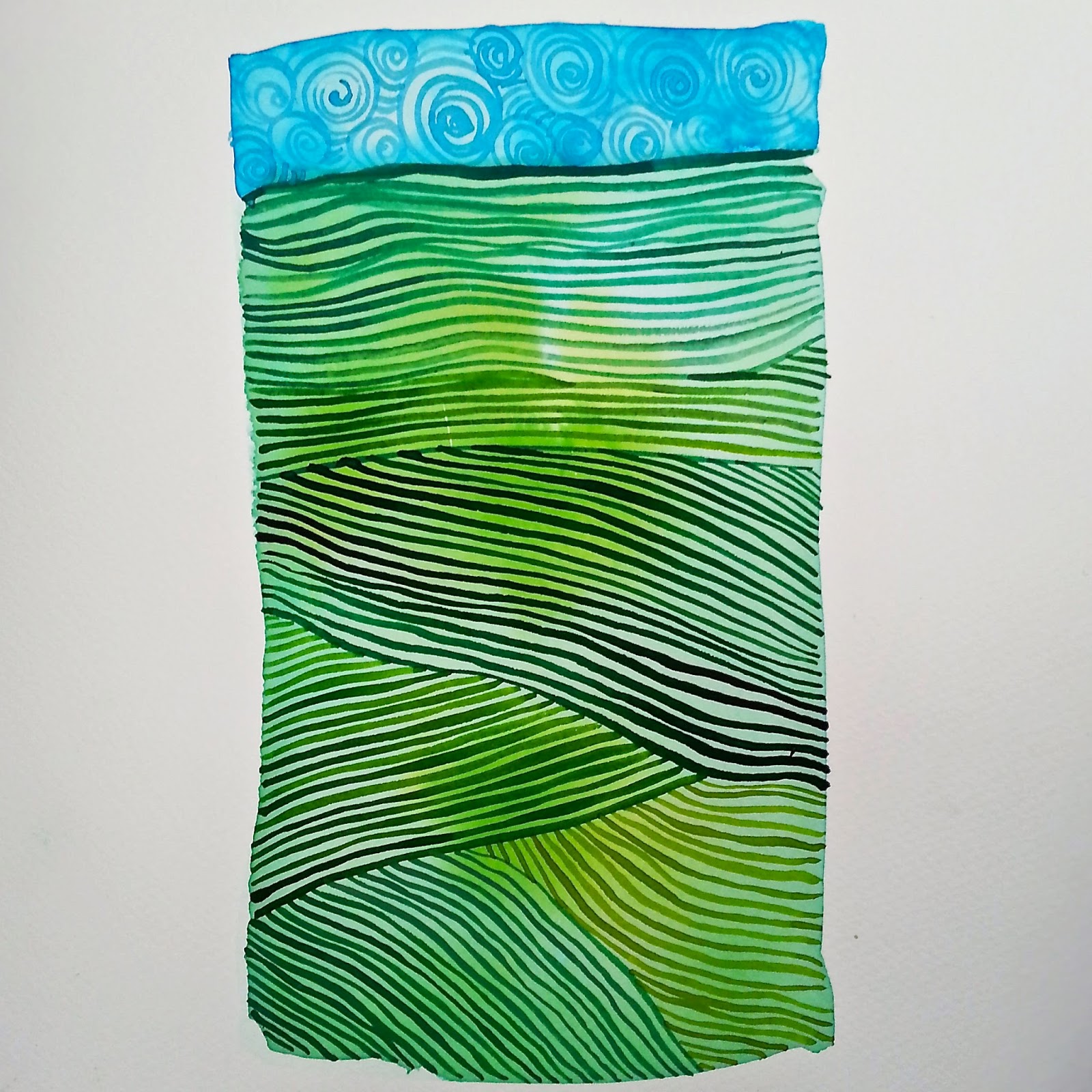 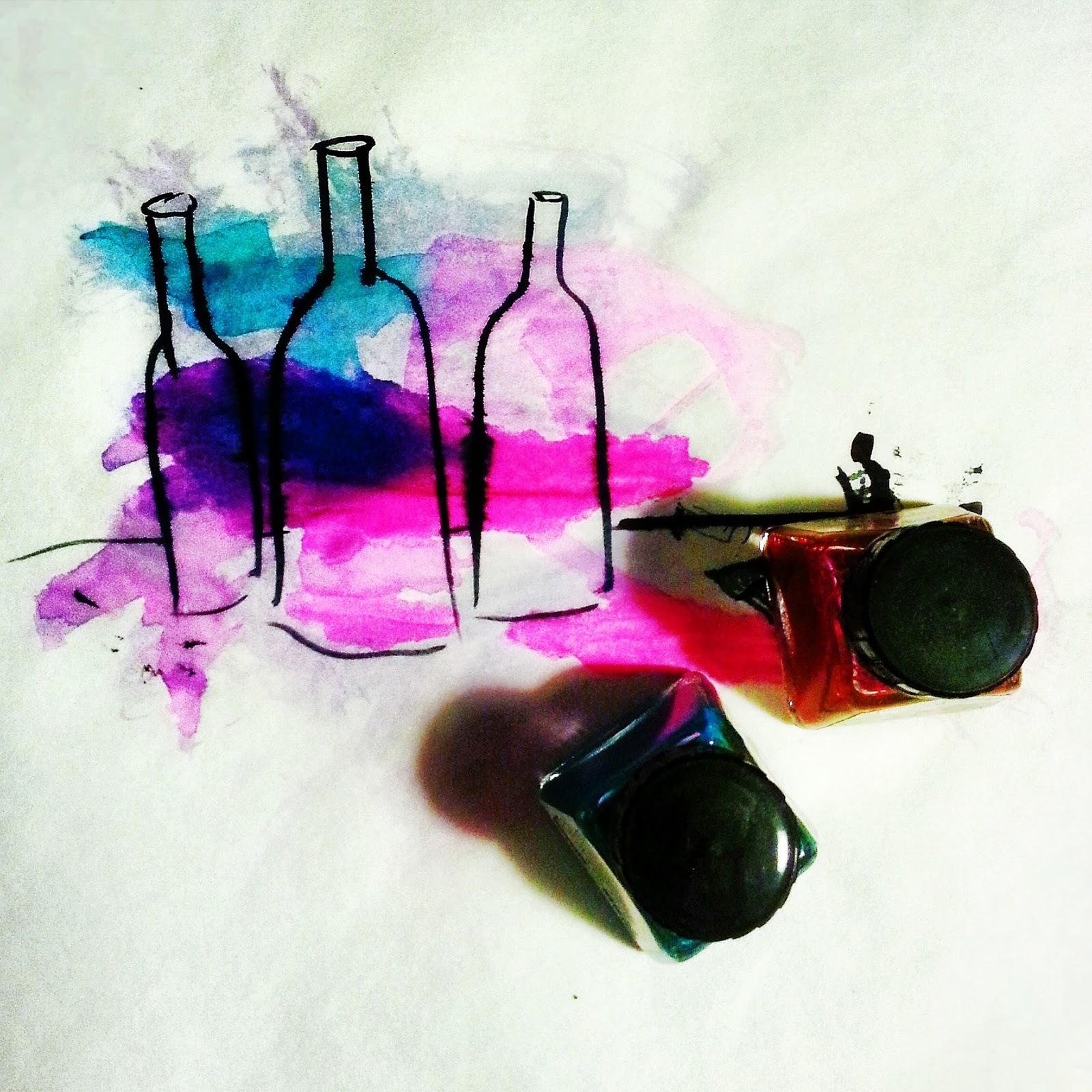 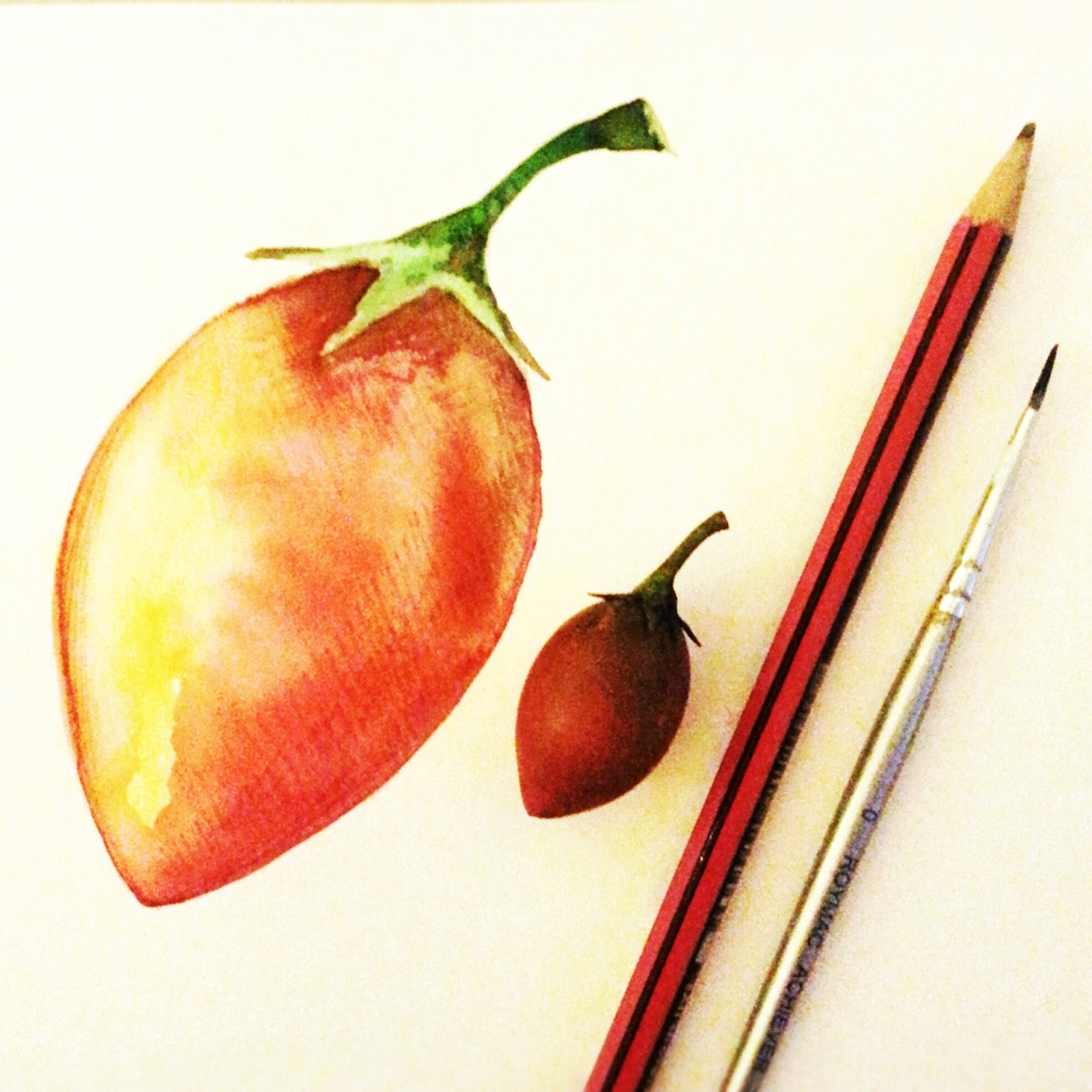 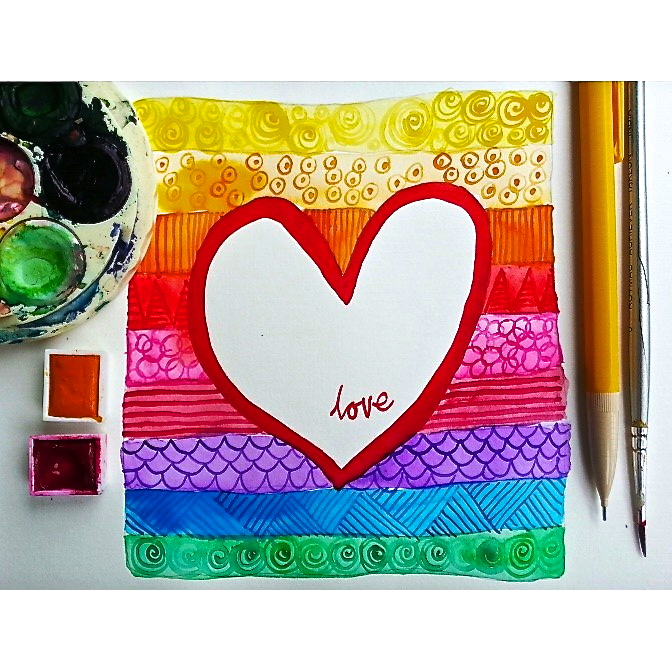 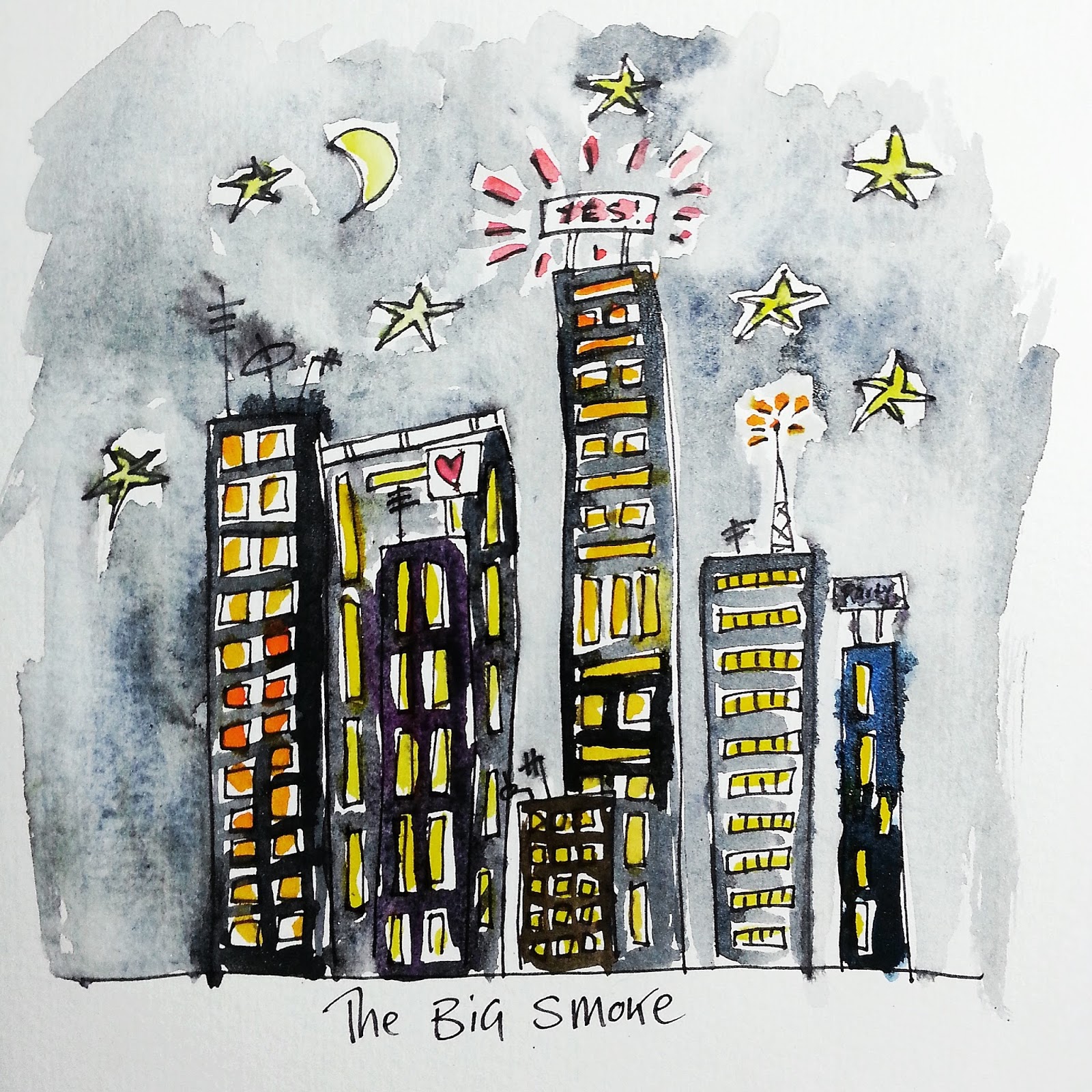 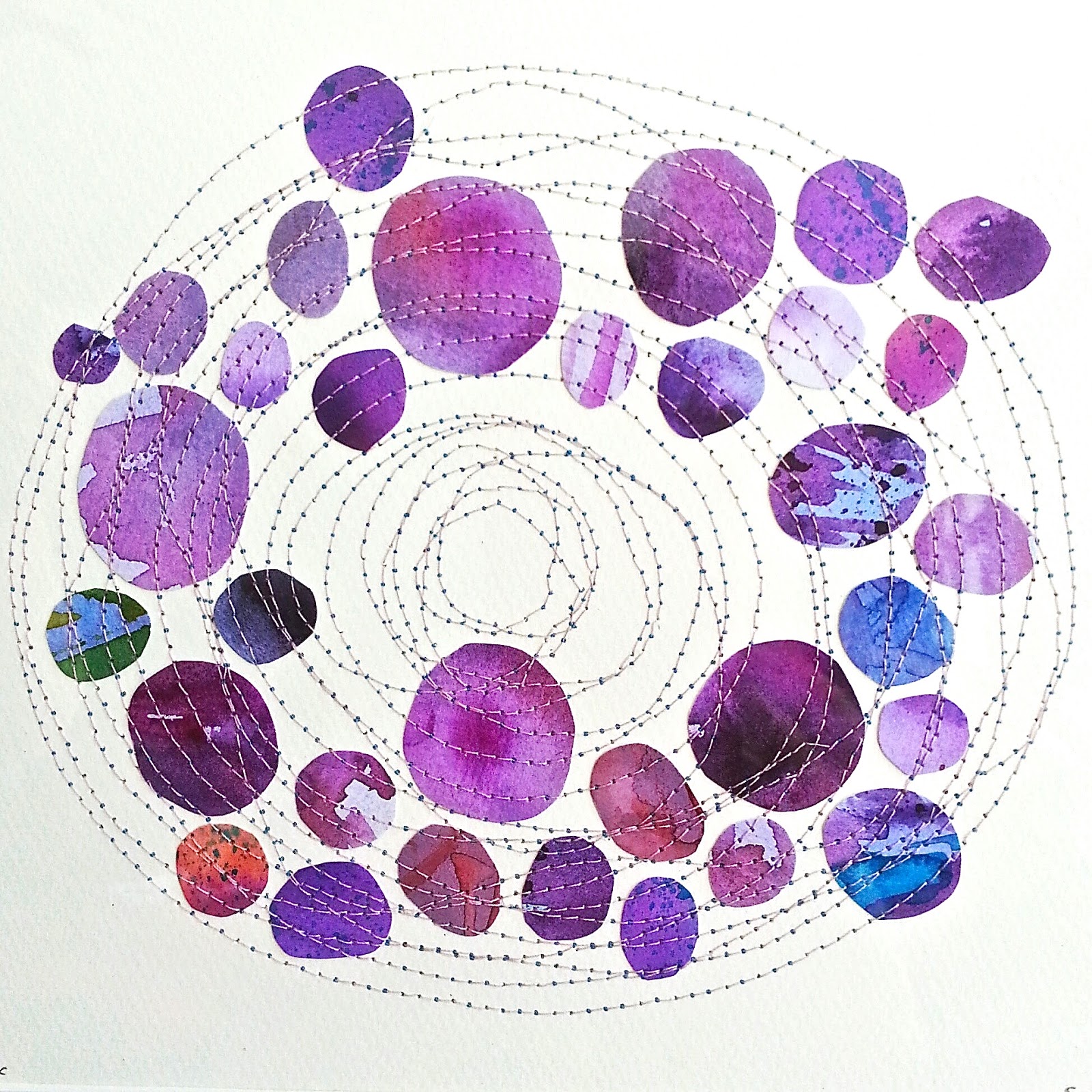 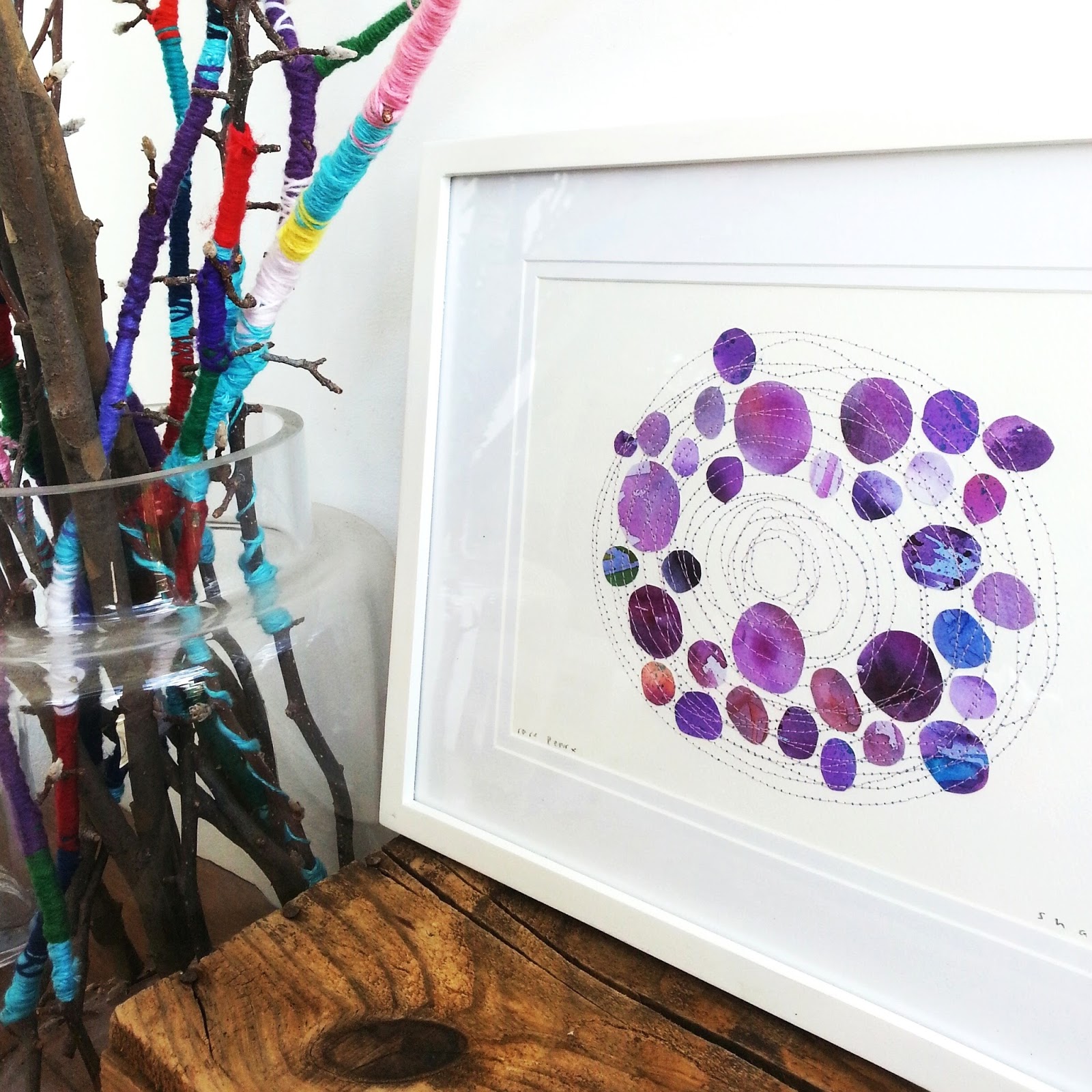 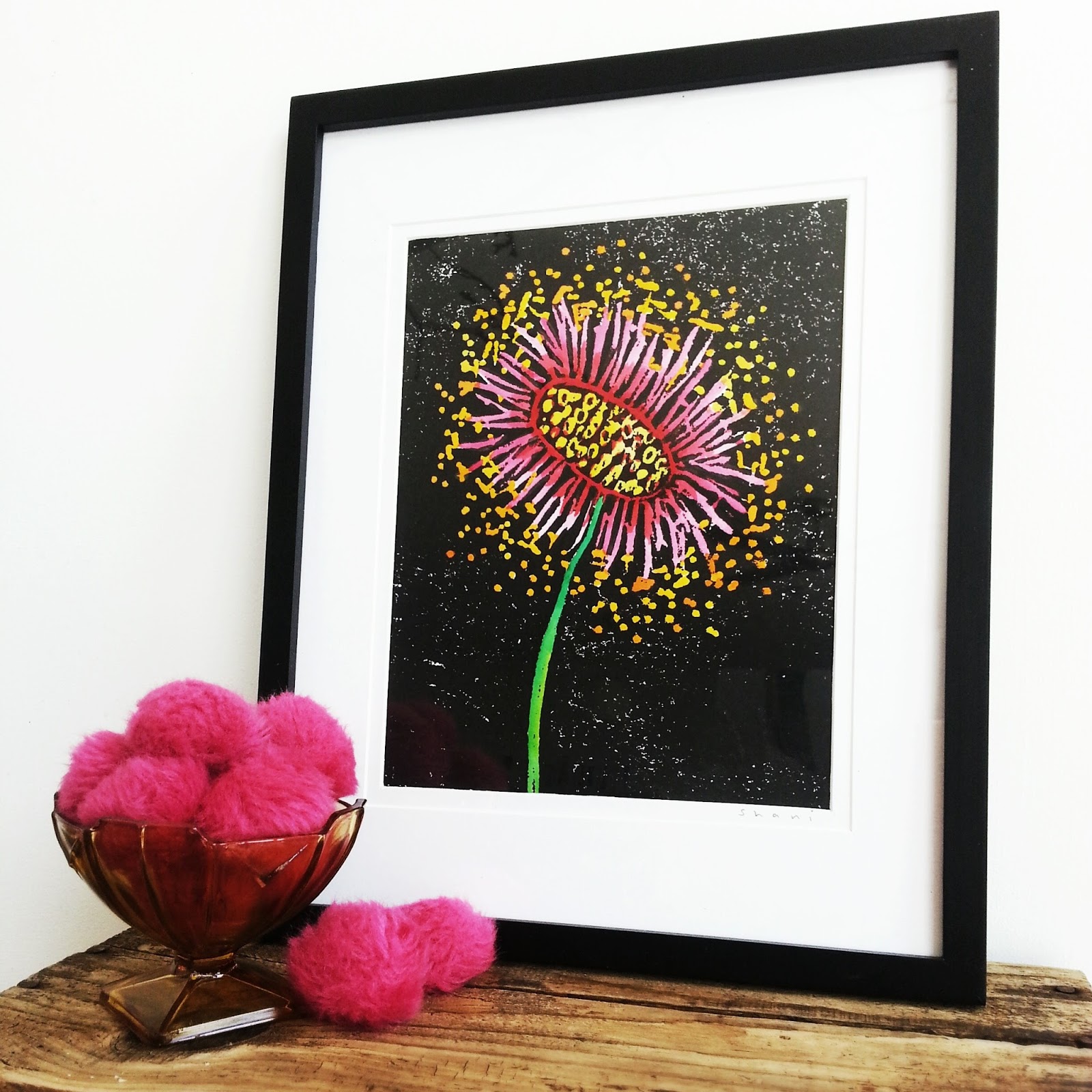 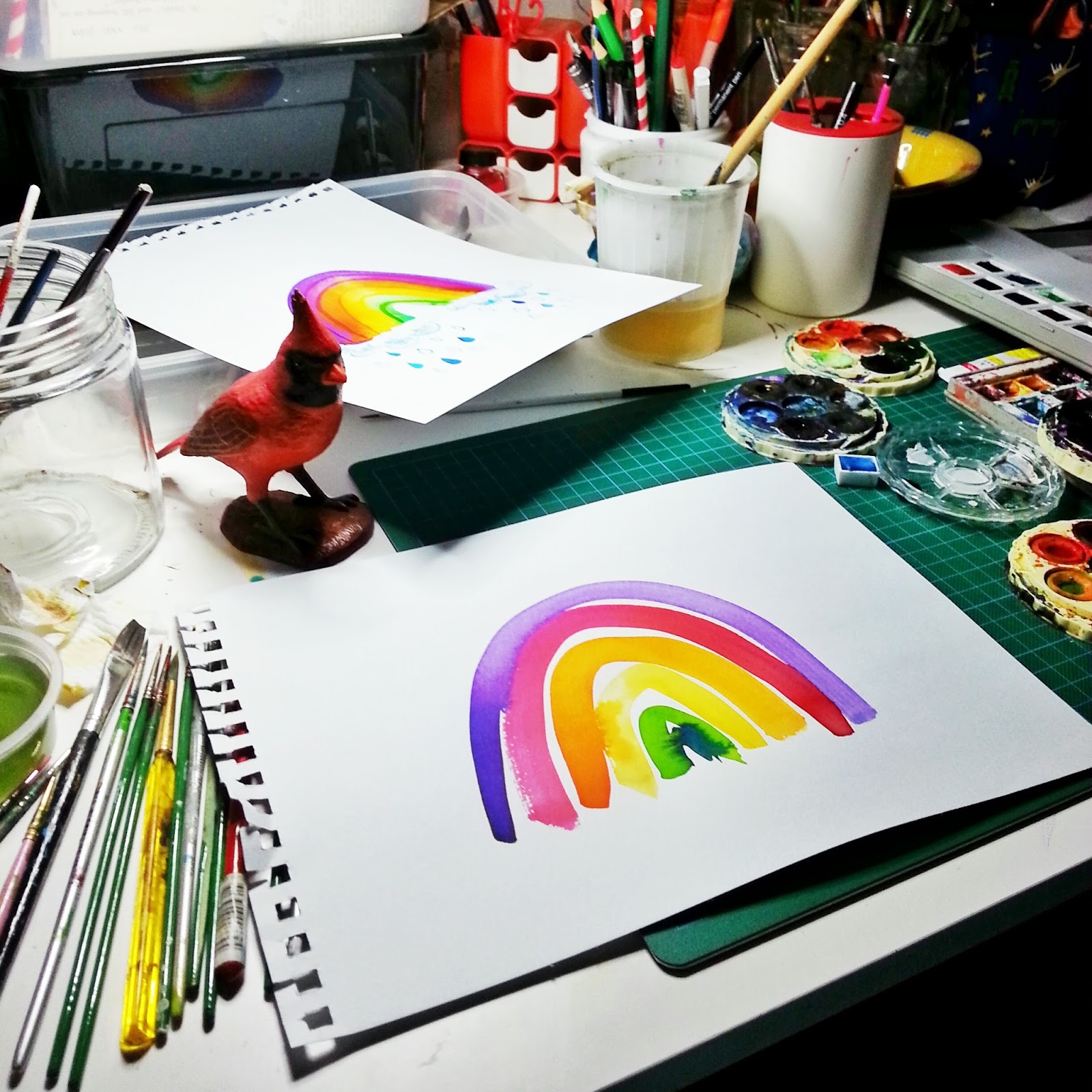 "Rainbows"  watercolour works in progress for a commission, 2014 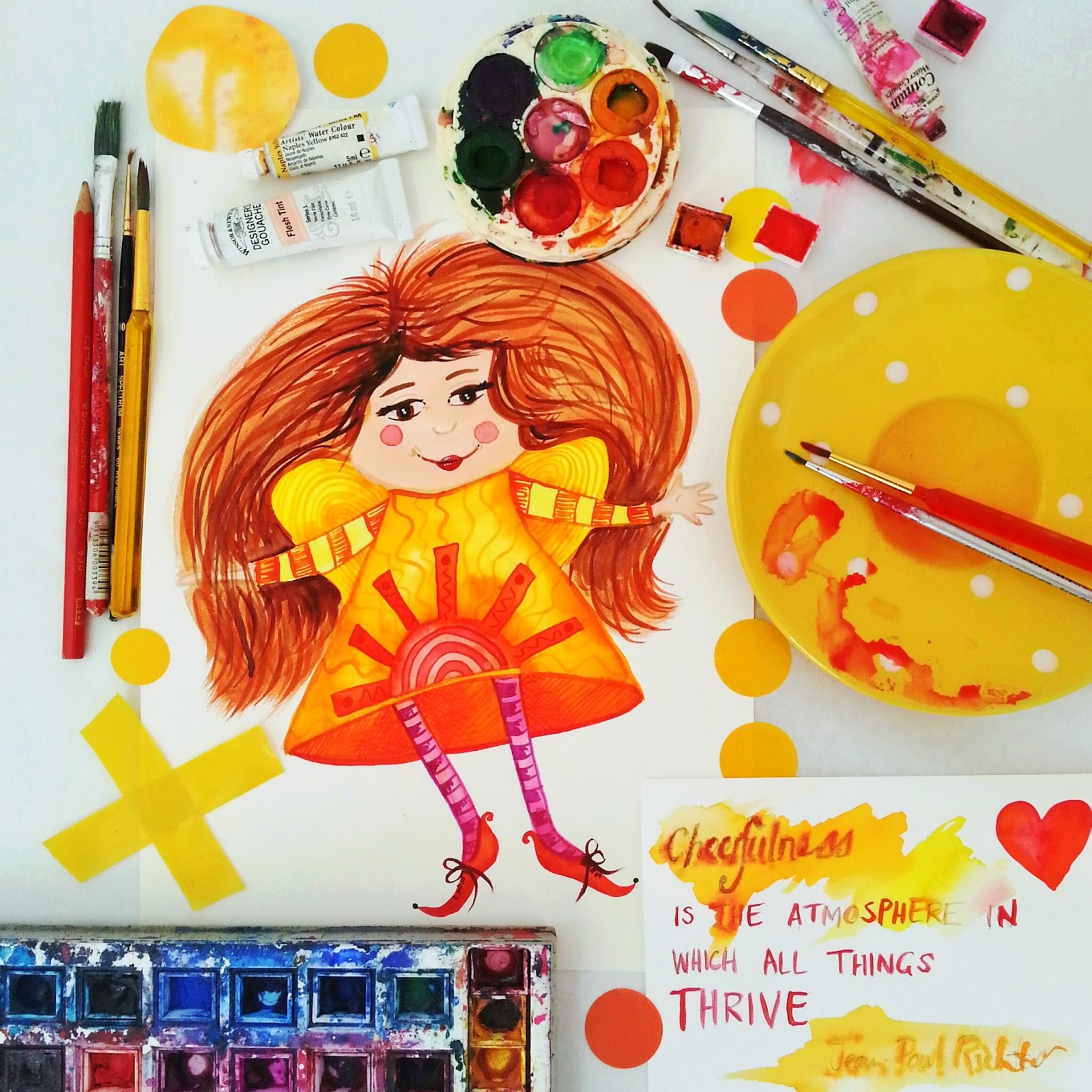 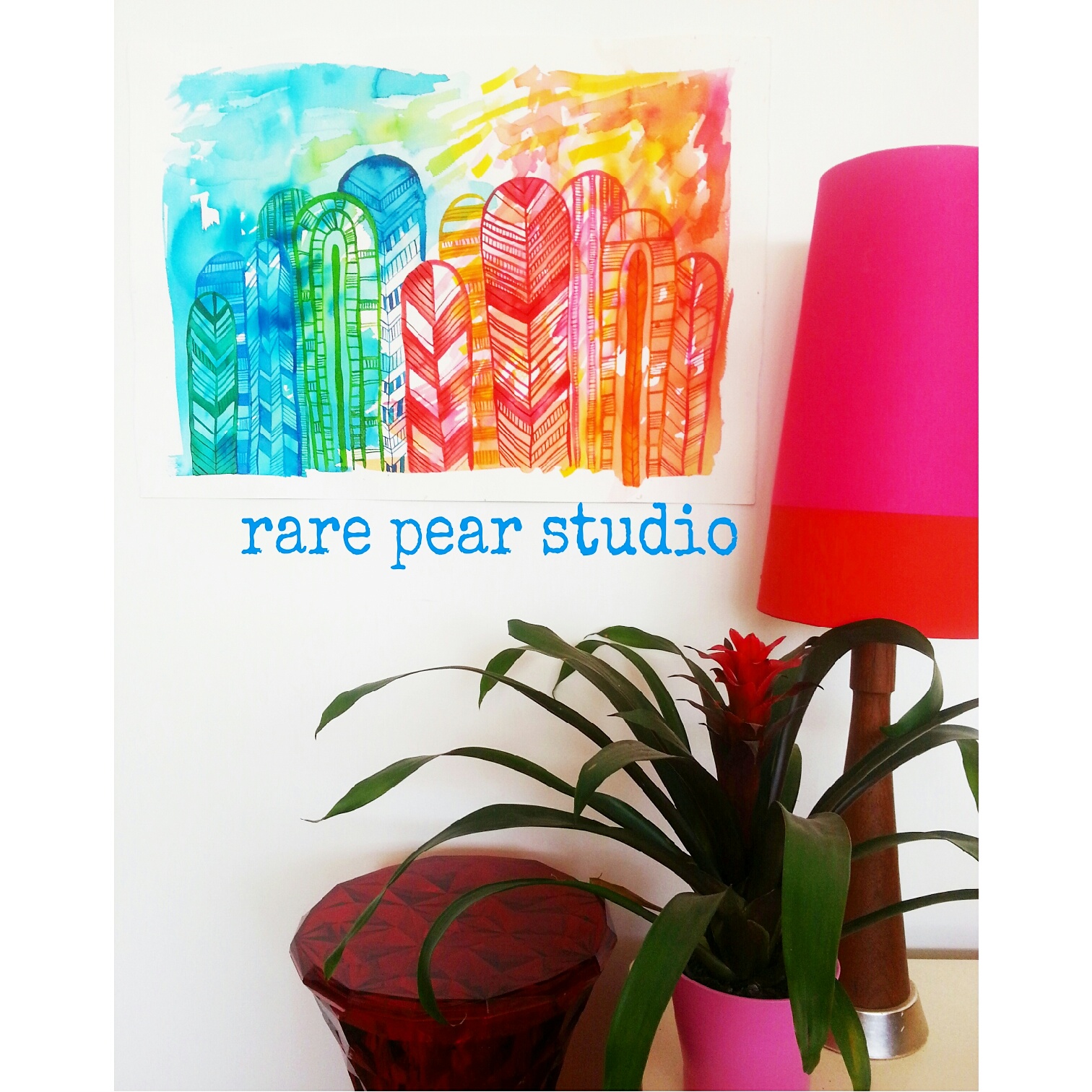