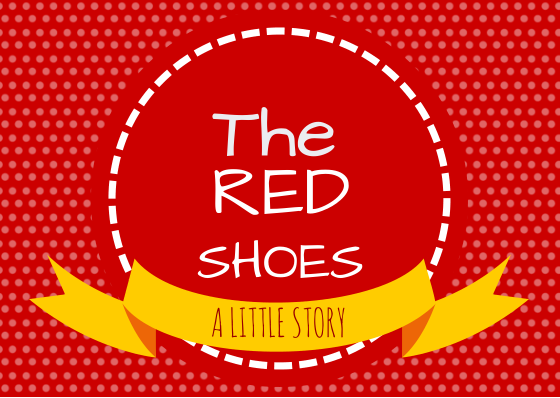 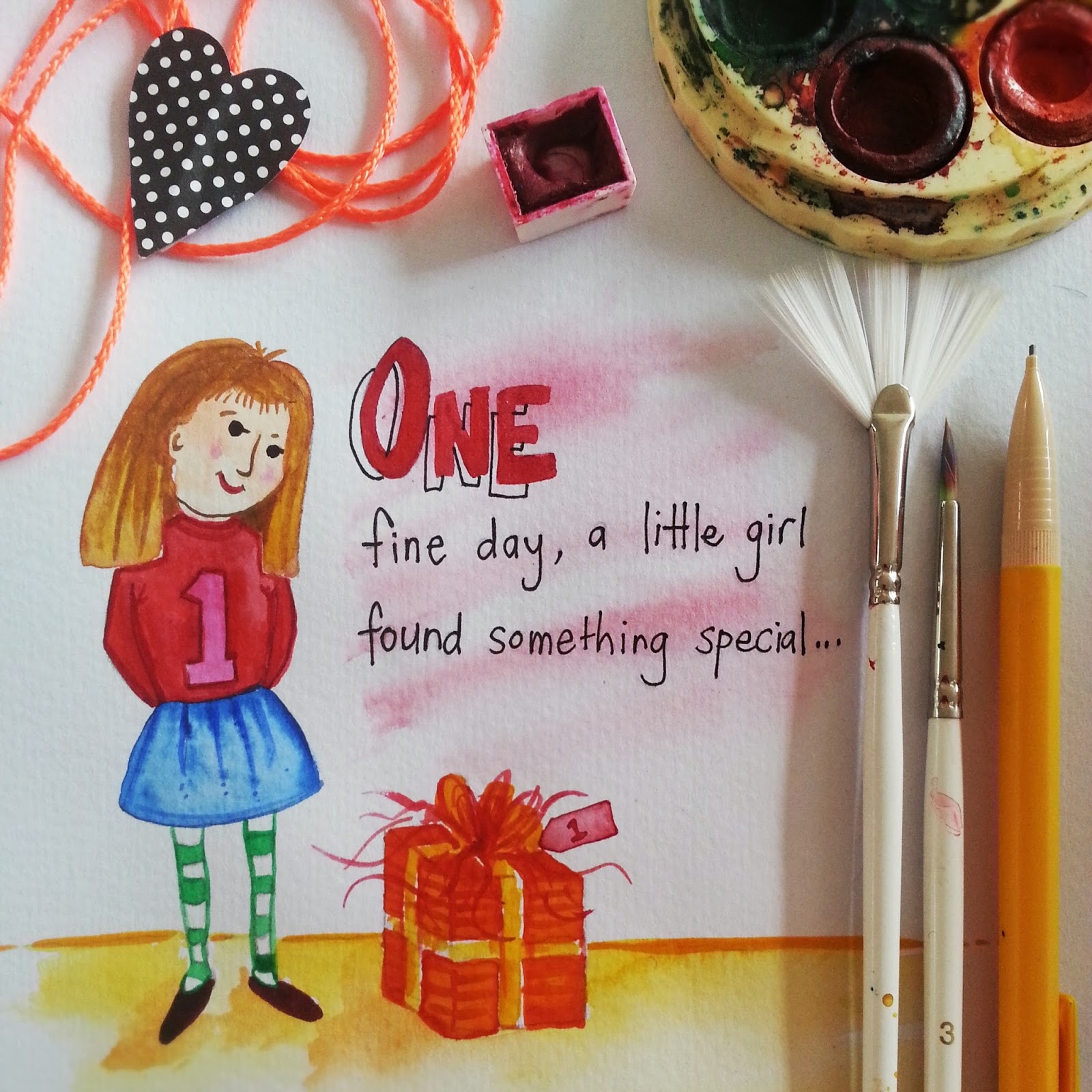 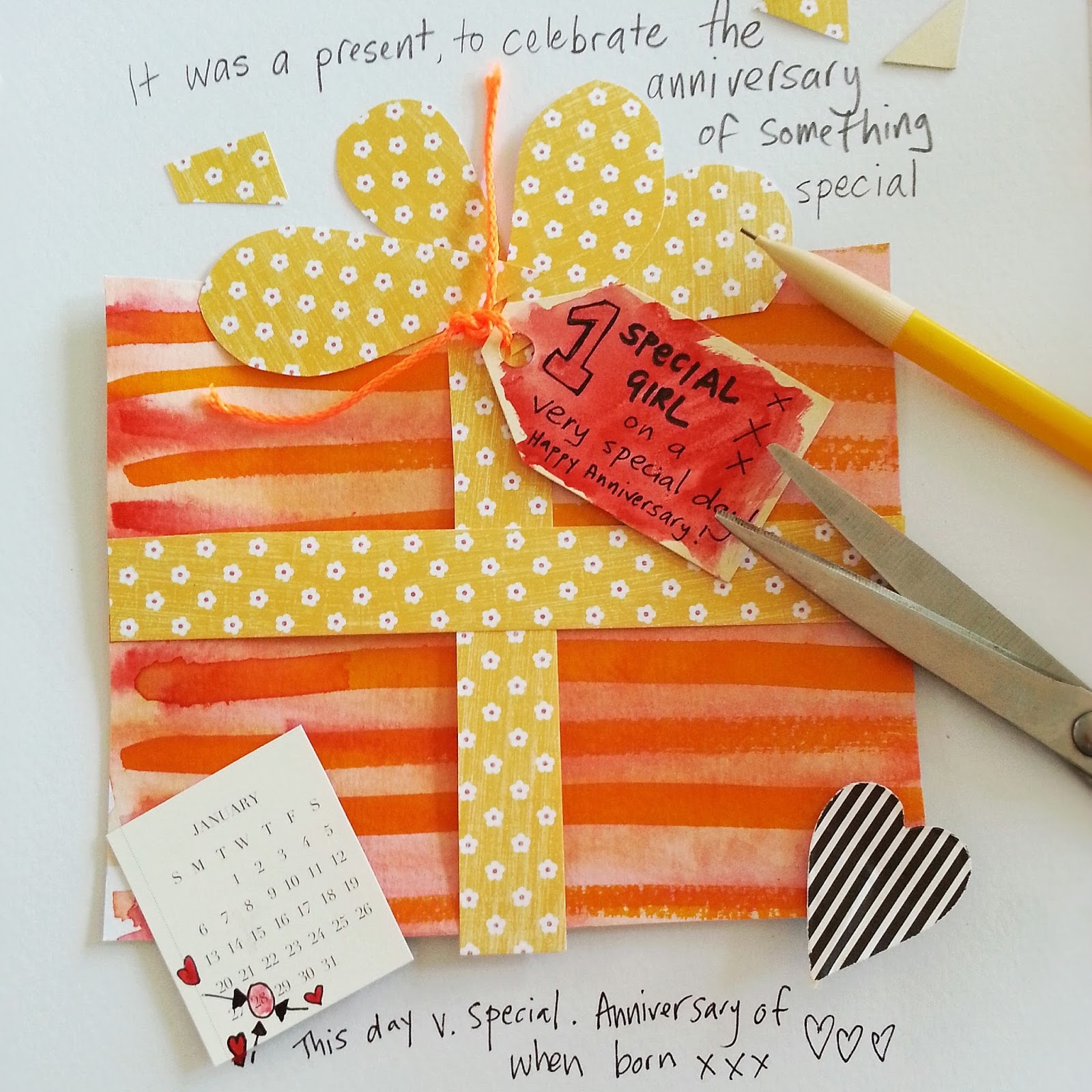 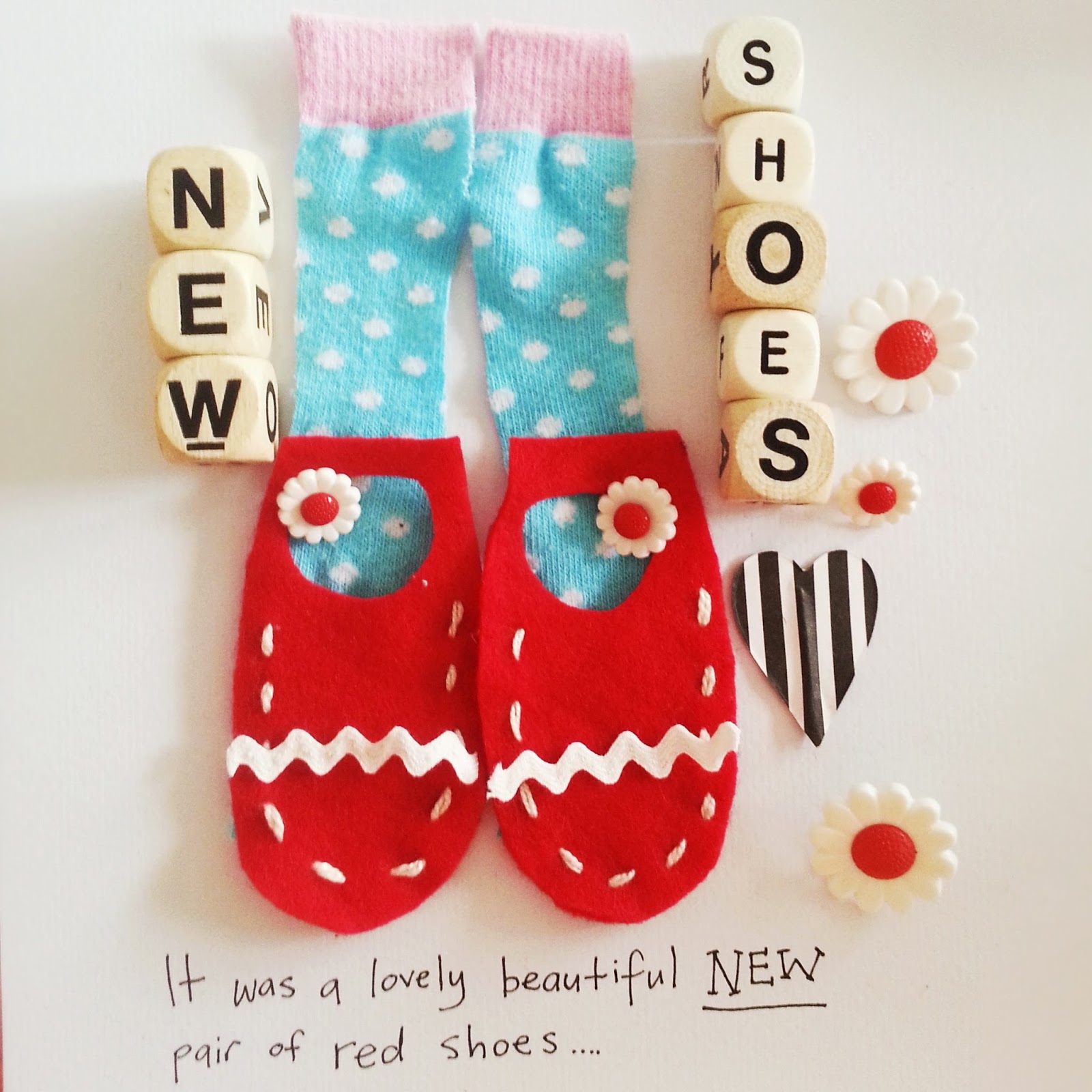 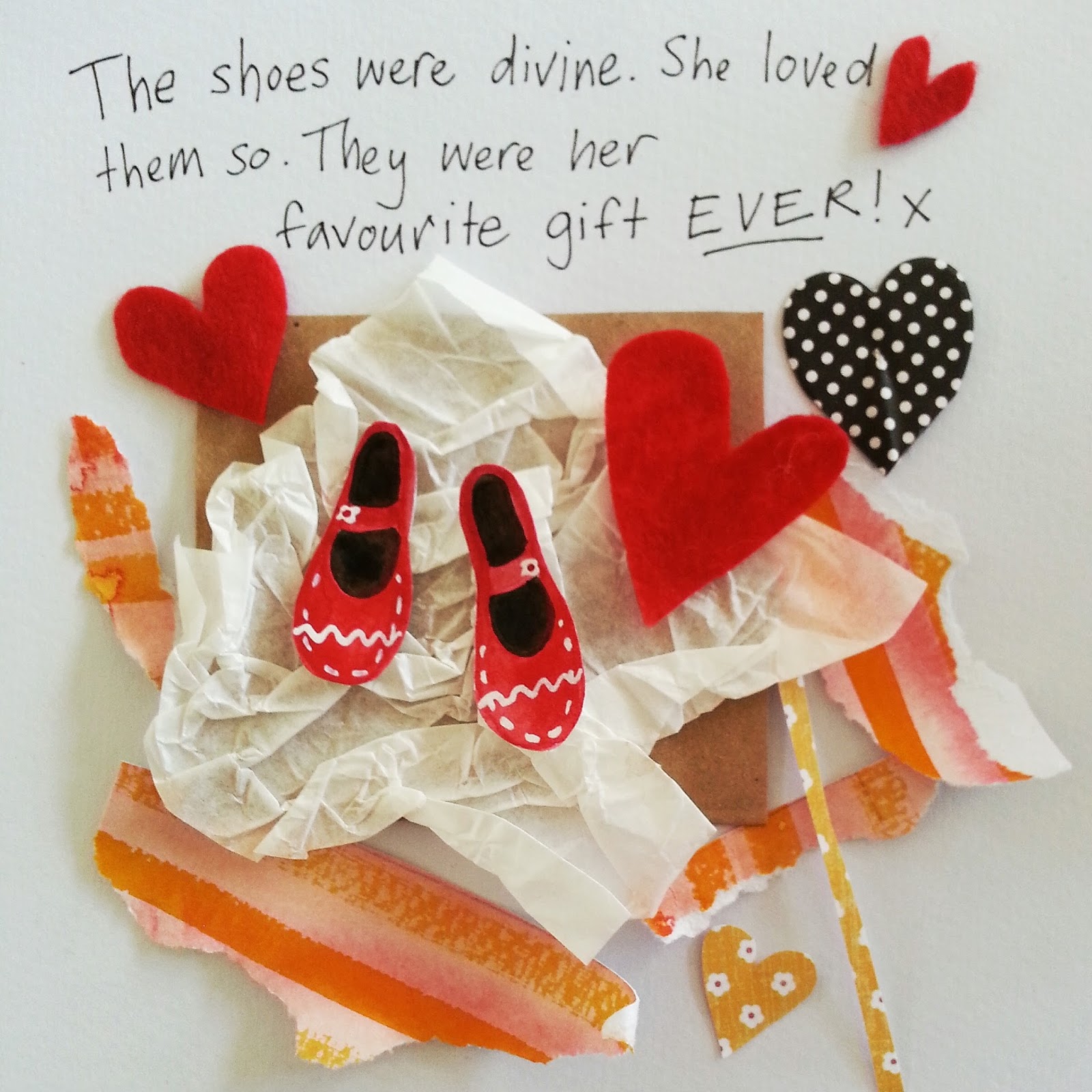 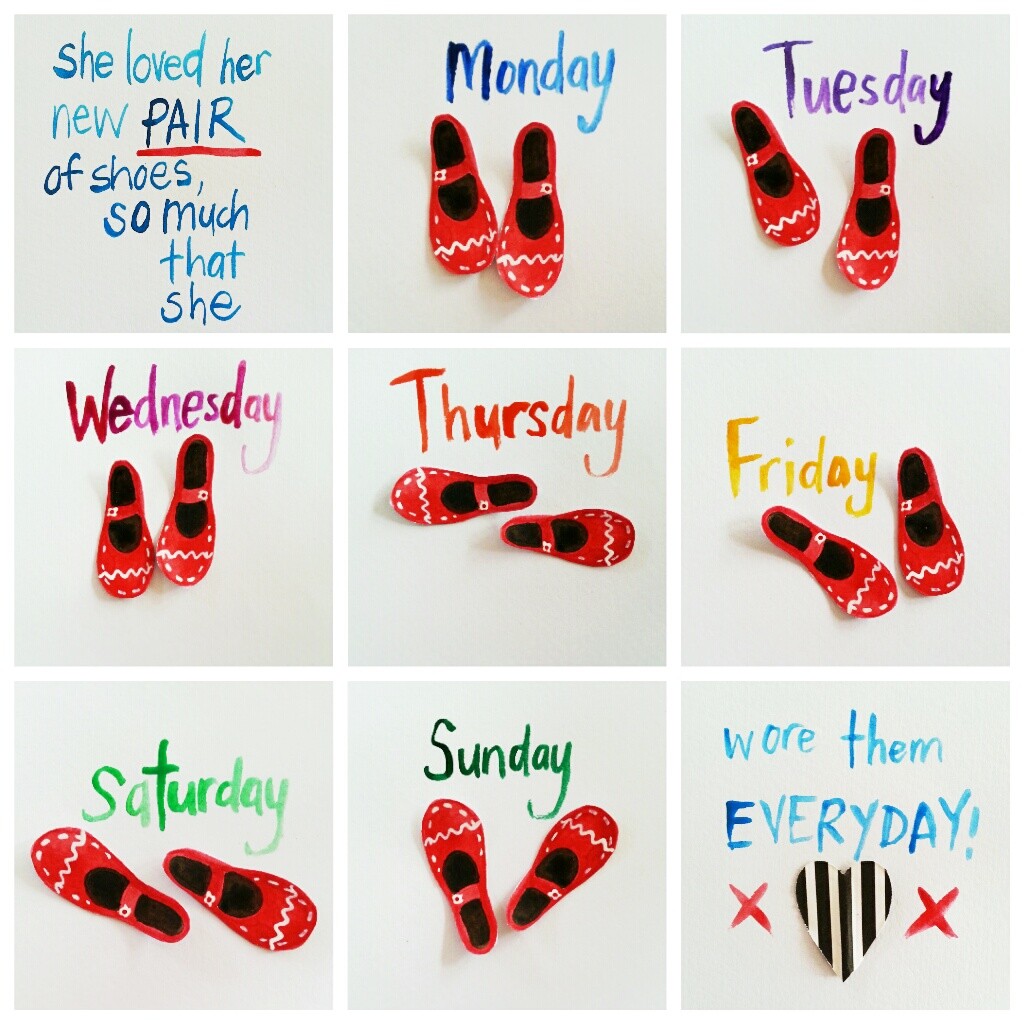 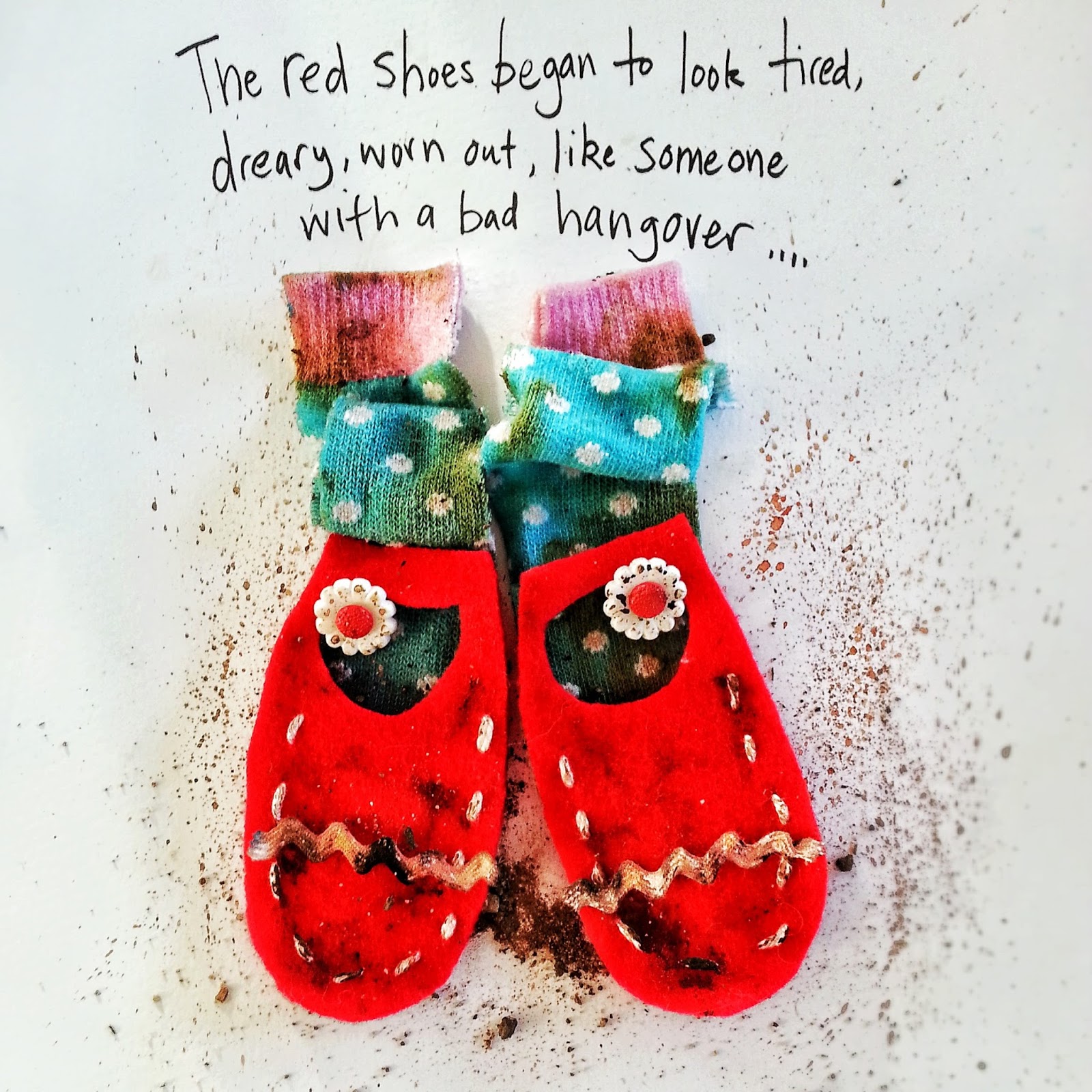 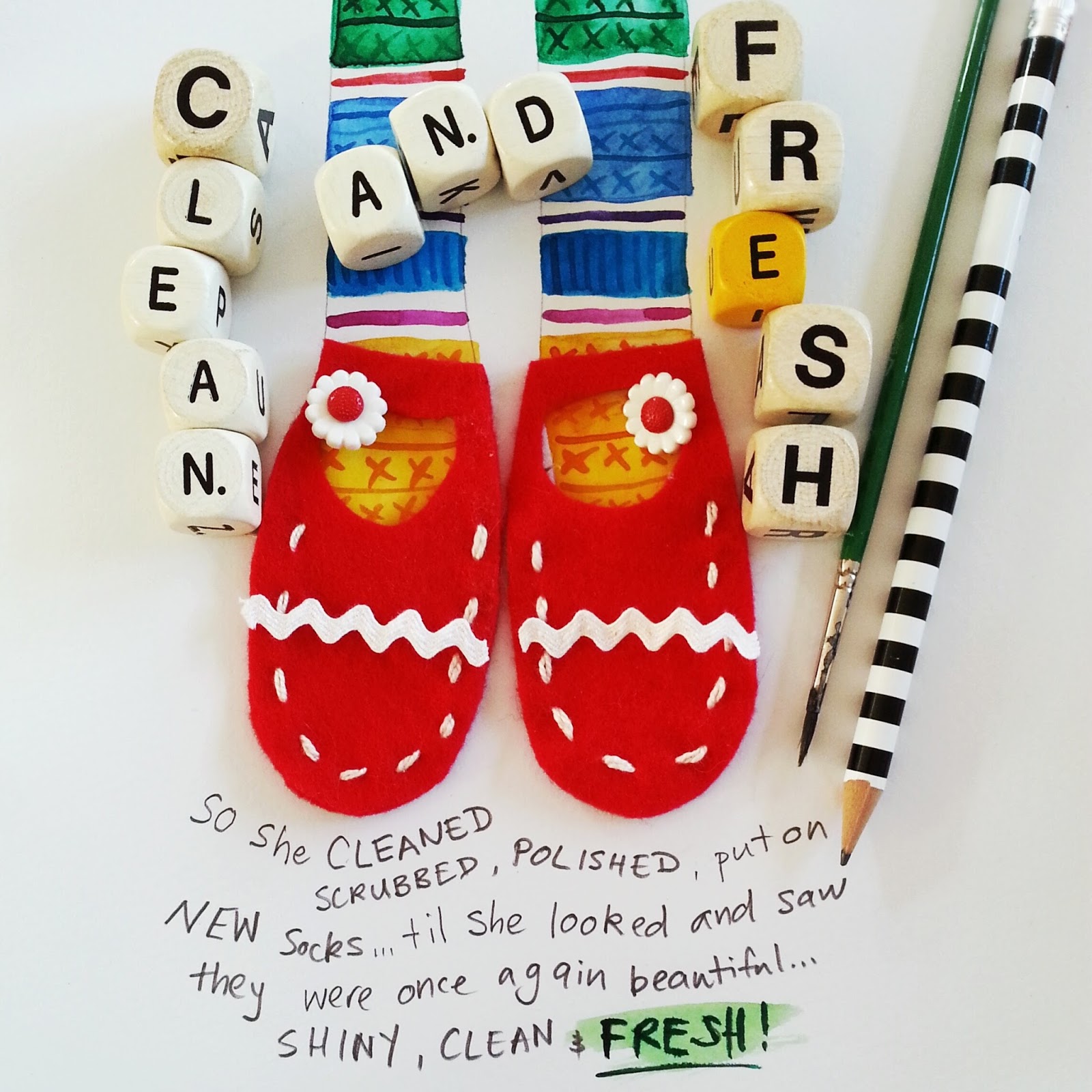 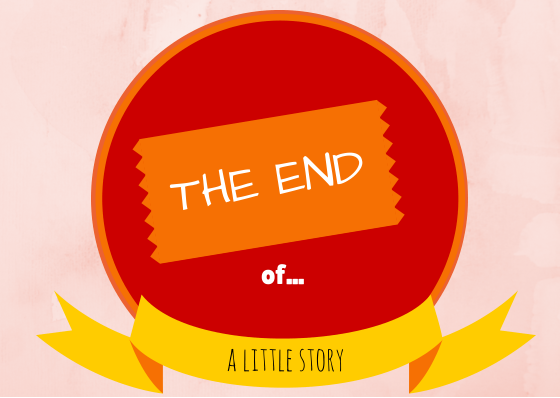 THE RED SHOES
The story behind a Little Story

This set of pictures, mixed media collages and photos, were made for an Instagram challenge, in January 2014...Interiors Addict (LINK!)
#7 vignettes, which I know I have written about before.The guest judges were the twins Alisa and Lysandra, contestants from the latest series of THE BLOCK, which I must admit, I do not actually watch!

I had 7 words to play with, to come up with a series of pictures...and I decided on a story.I would use all 7 words, one in each storyboard for each day.I had not done the challenge this way before, but decided to give it a go anyway. The words for the week were...in order:

So..after writing the initial story I had to imagine how I would present each word.I did some vague sketches and notes...then I began foraging for bits and pieces, cutting up old socks and felt shoes, finding buttons,pasting, sticky taping, collecting paper, string, paints and props...setting up shots, editing and cropping.

I admit..this was during a normal hectic week,so some days were a little more rushed than others, and I see faults and things I should've tweaked...but it was a lot of fun.

(I also admit to doing TWO actual sets of photos for the January challenge...maybe next blog I will show the other set?)

At the end of the week I do confess my house was a total mess, the table I work on was covered with STUFF (lucky we have 2 tables, and I have one very understanding family)and I was ready for a bit of a lie down.

And so, there we go.I did not win. But that's life.I was still happy to have done it. 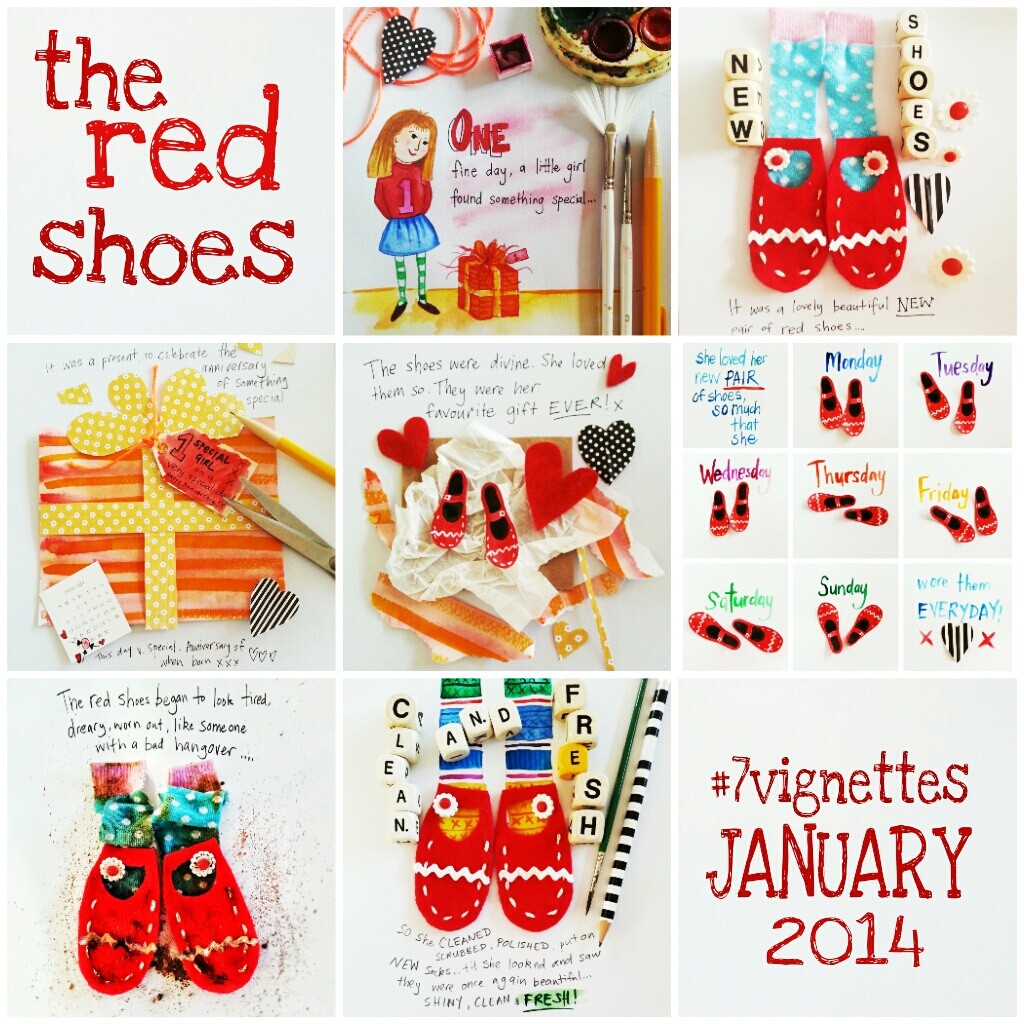 at 20:29
Email ThisBlogThis!Share to TwitterShare to FacebookShare to Pinterest