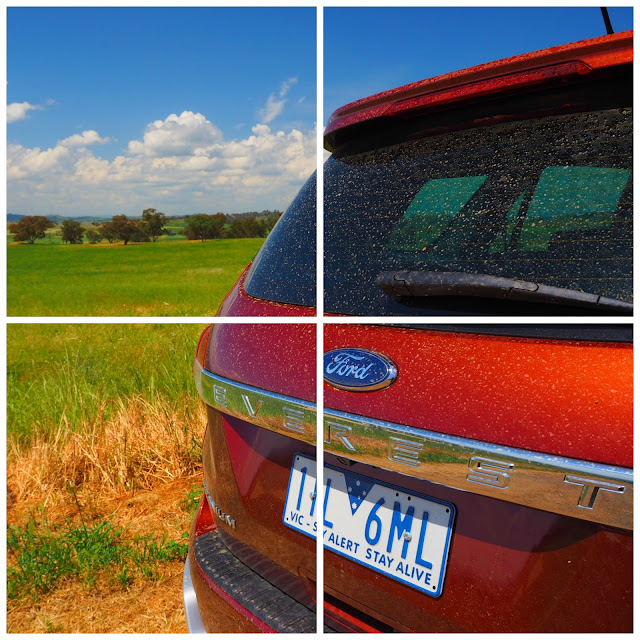 Eve, Brown Undies and Having Fun
(featuring BONUS video at the end!)

Dear Ford Australia, I have a confession to make...I did not believe you.

I read all the bumf about the NEW FORD EVEREST you sent me, and watched videos too, so I knew she did hardcore stuff. I knew she is made for going to extreme places. So this week I took Eve out for a little 4WD. And I ended up totally almost wearing my brown undies. I was sure I had bitten off more than I could chew. My miss 8, Rosie, who was sharing the adventure with me, did too. She was squealing with an edge of panic in her voice, and her knuckles were white and hanging on fiercely. My own heart was pounding, and in my mind I saw Edvard Munch's "The Scream". I had a massive adrenaline surge.

WHY? Well, I wanted to get Eve (and me) out of our comfort zone a little, because even though lovely country roads are pleasant and scenic enough, cruising along (especially with Adaptive Cruise Control) was a breeze and totes relaxing. Very nice, very refined. But a tad boring. Lovely, but... 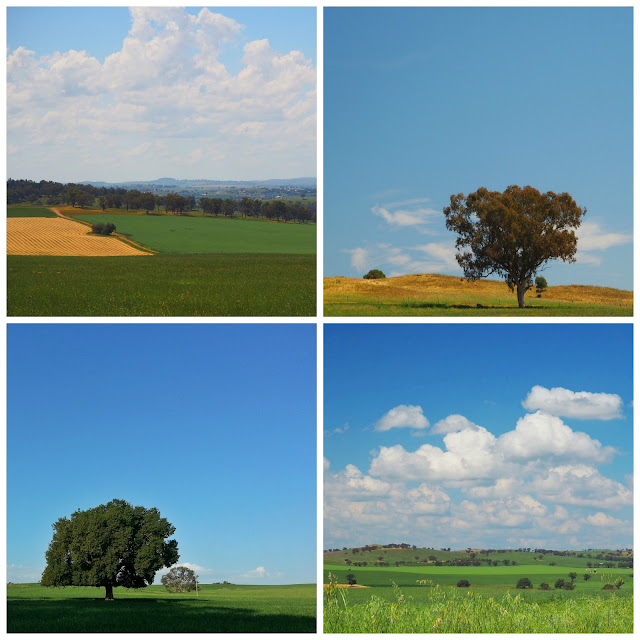 lovely local scenery snapped while out with Eve

BUT
BUT I wanted a little FUN.

So there we were, hearts in mouths, on an absurdly angled hill, mud, rocks, trees all around us, no-one else within cooeee. As you do. And me with brown undies(almost). 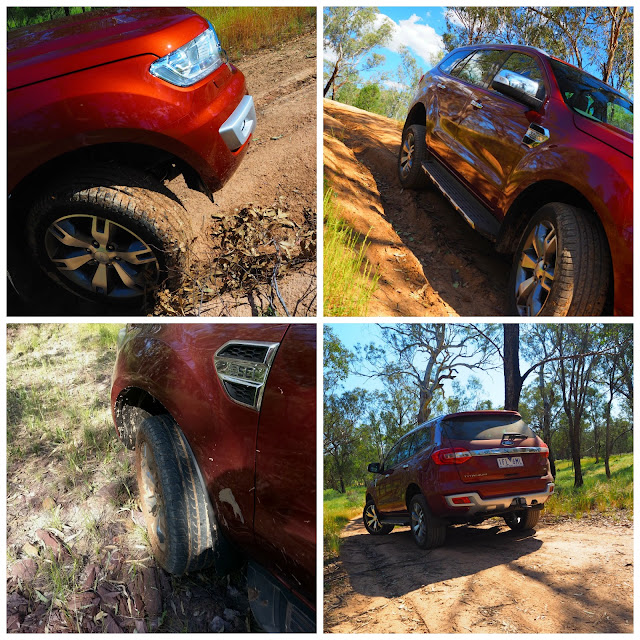 Then I remembered the videos and the bumf, and I breathed deeply. I remembered that even if I did flip us like a pancake, Eve had  EMERGENCY ASSIST, which would translate a message to emergency services who would save us... no worries about being in the middle nowhere... because they would have our GPS though and we would be saved.(But those brown undies! How embarrassing) 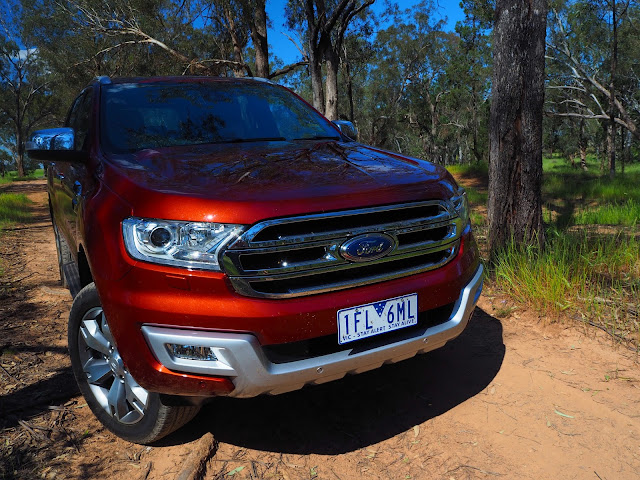 before the shizz got real

Then I remembered that Eve also had that special Roll Stabilising Thingy, and 7 airbags too. 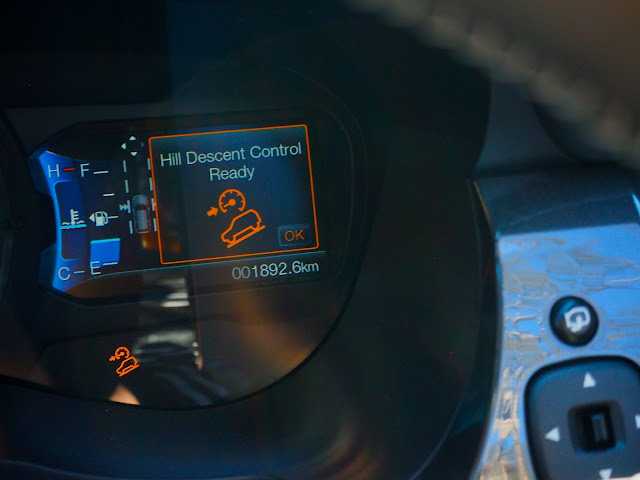 Then I remembered she had the TERRAIN MANAGEMENT SYSTEM, the one I had used the week before. The one I could put on with a little dial. Easy. This gave me more reassurance... and my heartbeat went down a notch. 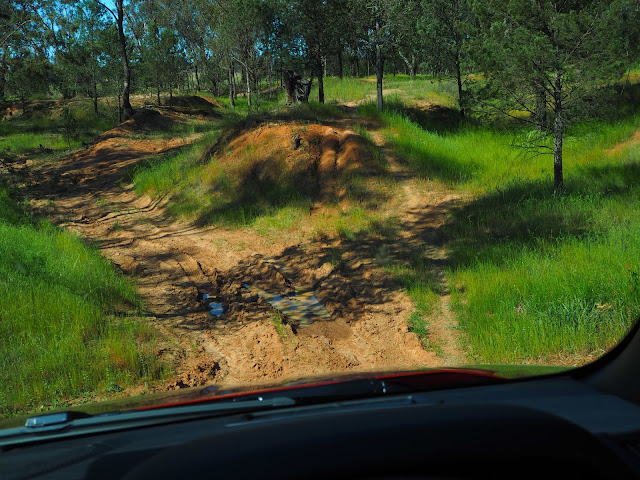 And then I remembered that Eve also has HILL LAUNCH ASSIST... which is a fancy name for something a wee bit clever. This HLA thingy means that whenever you are on a hill over 3% angle (and ours looked like about 50%) it automatically does its thing. It meant that when I took my foot off the brake and put Eve into drive, we did not slide back down into that GINORMOUS TREE I could see right behind us, (thanks to the rear vision camera).

Instead I went straight into low speed rock crawl... with my foot on the pedal... and WOW WOW WOW WOW, Eve, that little beauty, so luxey and lovely, just POWERED through the pain, up and up and up, gripping the ground like a gecko, inching her way up and forward.

We got to the top, and my brown undies were flung aside. Instead, we were totally woop wooping, high-5ing, and had huge grins on our silly faces. Rosie was all...

So Ford Australia, my confession is ... I should have had more faith, 'cos this car not only talked the talk, but walked the walk. Or drove it! 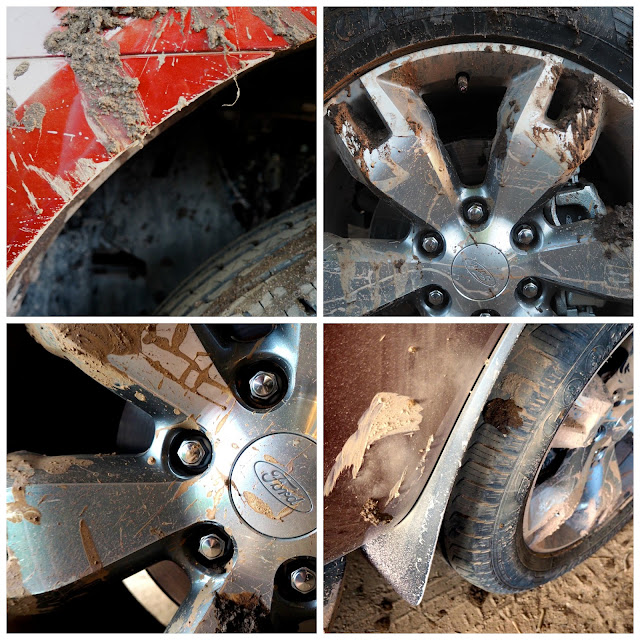 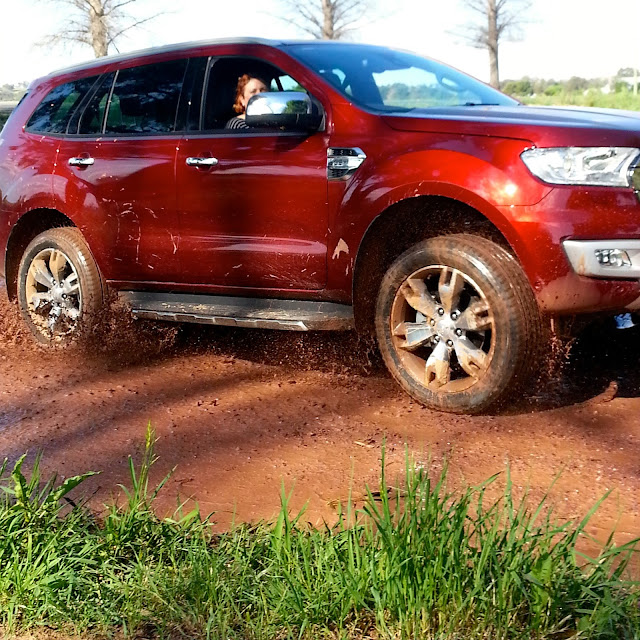 Me, a big puddle, and Eve - a photo by Rosie 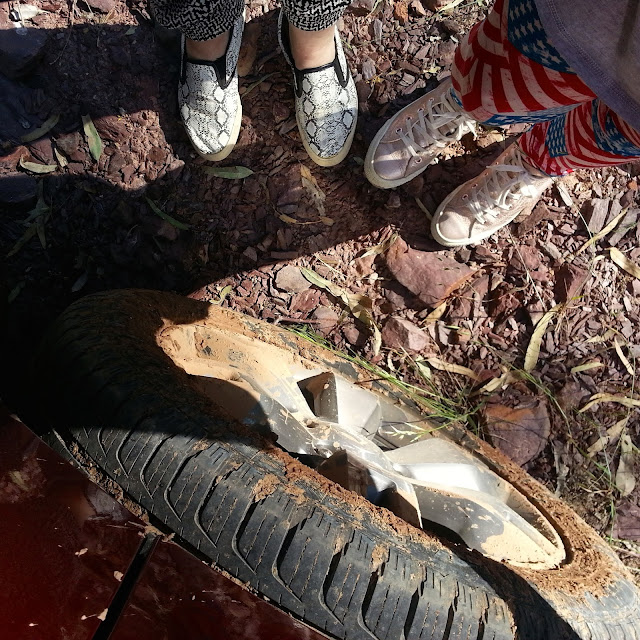 Dear Ford Australia, it's okay though. Please do not think I would let Eve look like this all raggedy and  spattered. No way Jose. She has treated us so well, it's only fair we do the same for her.

Also, Rosie, for some crazy reason, had been asking if we could go through a carwash for her birthday. Seriously. So when I suggested we take Eve through the local car wash, there were more delighted screams. Could this day get more exciting? 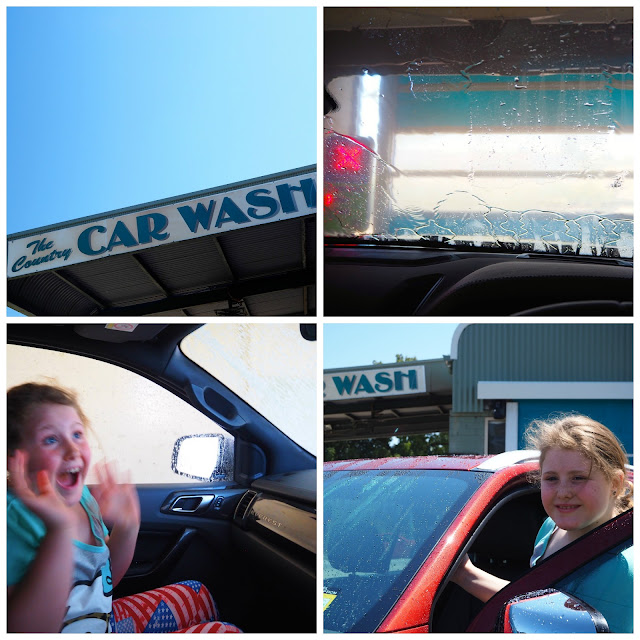 Rosie gets a bit excited by the car wash

So that's what we did. We took Eve through the COWRA COUNTRY CAR WASH (yes it really is called this). I took photos, Rosie marvelled and laughed, and Eve lost her layers of mud and dirt. Winning! 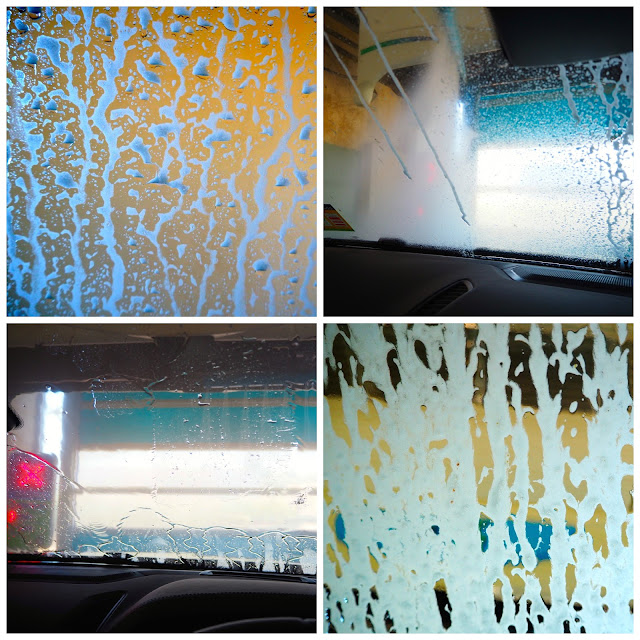 So Ford Australia, I think you could say we had FUN, and we did it all in comfort. And do not worry, the leather seats remain in mint condition. I now know I do not need brown undies when I drive Eve. And yes... I have fallen even more in love. But so has Rosie. In fact her love of Eve now rivals mine. You should see what happened that night! ... but that's another story. 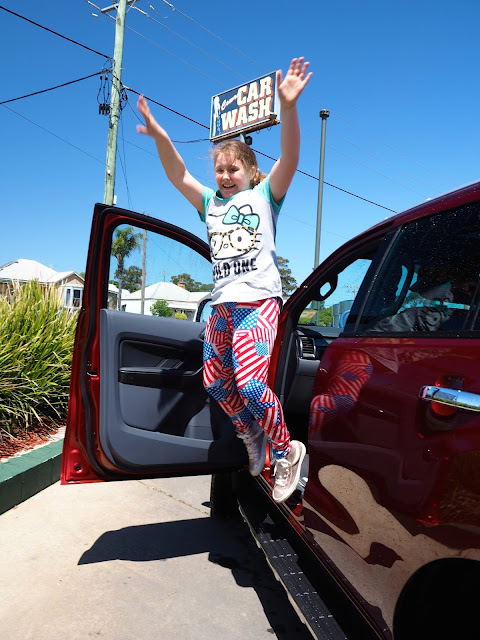 Oh yeah, as a little extra...
here is a link to a little video I made about our adventure

( MY SECOND EVER video!)
The first is in my first blog about Eve...link here!


For those who were wondering...
This post written as part of my #FORDTHINKING #VOICESOF2015 Kidspot Challenge. As a Top3 Finalist in this prestigious challenge, I am being loaned a NEW FORD EVEREST for 6 weeks, as well as completing other blog challenges. I am supporting these posts with other social media platforms also - like Facebook, Instagram, Youtube Vimeo and Pinterest. I would  LOVE for you to look at what else I have done. It's been totally weird and totally fabulous!

at 00:24
Email ThisBlogThis!Share to TwitterShare to FacebookShare to Pinterest