Before we begin, this is my LOST BLOG POST, the one I killed.The one I wrote about (yes link here on the pink) It was discovered and saved by a wonderful lady called Liz Robson, for whom I owe major hugs. So here it is, resurrected and alive once more! It is a miracle! Enjoy!

Rich and Famous. Salt and Pepper. Tomato and Cheese. Charlie and Lola. These things just go together, a natural fit. I eat tomato and cheese, with salt and pepper, and may even watch Charlie and Lola occasionally. But I am not rich, nor famous.

I am pretty sure too, that at this stage of my life, these two things will elude me, and not be knocking at my door saying... "Here I am BABY!"

But I have seen these two things pass by me. I have watched them circling around and playing with people I know, people I have had in my orbit at one time or another. It weirds me out.

Like most peeps I am a bit fascinated with the notion of fame. And totally love the idea of rich!

I know they are not exclusive to each other, you can have one without the other. And I know too, it is all comparable, it is all subjective and personal, about who and what constitutes rich and famous. Compared to what? Compared to who?

I am well ware that often when I go all FANGIRL about someone I adore, my friends and family have no idea who it is I am waffling on about, but to me they are GEMS and SPARKLY FAMOUS AMAZING people. I have also met some of those peeps I am fangirls of — artists, interior stylists, creatives, social media superstars with a gazillion followers, successful bloggers... they were for the most part, lovely people, who were very modest and apparently normal. Who would have thought?

Then there are those that are proper, mega ridge didgey famous.

David Bowie once waved and smile at me and I almost passed out. I was at the front row at his concert. So when he played an obscure song from his archives, which no-one else around me seem to know BUT I DID, and I sang along, belting it out... he noticed... and waved and smiled at me. A Kodak moment. One of those memories of a lifetime. Oh David! And what are my other brushes with fame? When could it have been me?

Well, I went to school with Australia's only Magnum Photographer (a HUGE honour) named Trent Parke. In fact we learnt photography together, in the darkroom at the same time, same class, same year at high school. Fame and fortuned played with him, not me. He is amazing, granted! 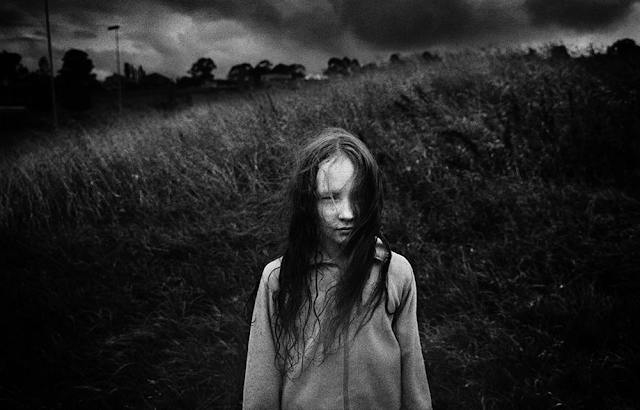 I also went to school with the guru of Australian fitness, Michelle Bridges, as I have oft told people I know. In fact, I was chosen as Sports captain of Blue House over her, which she was not thrilled about. I like to believe this is what spurred her on to want success, her intrinsic motivation(!)

There have been a  quite a few instances of being separated by a thin few degrees of separation from a famous person, like Gwen Stefani from No Doubt, is good mates with the guy who was MC at my wedding (and is mates with us too of course). My husbands best mate and godfather of my son is an architect who once designed a home for a decently famous Aussie actress. An ex Miss Australia, Belinda Green lives in my town, and used to be in my balance class. My sister-in-law and brother are great friends with an iconic and pretty well known Australian dude artist, Lucas Grogan. My sister is a film maker, and knows lots of amazing people. My husband used to teach the guys in Silverchair. Hubby was also in a band, and Silverchair used to be a support act for them and borrow their instruments. My brother was in a band with the lead singers (Daniel Johns) brother. And so it goes on... teeny little moments, slight brushes and asides with those who have had fame and fortune. 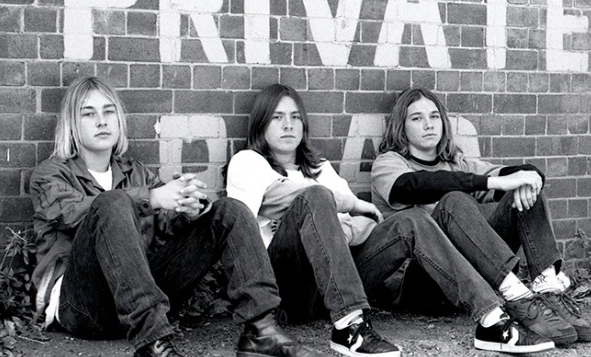 Silverchair as they looked when we knew them

But my big claim to ALMOST FAMOUS is quite a convoluted one. Are you ready?

My parents had me VERY young. My dad was a bit of a rockstar, in a band that was doing very well thank you. Lots of touring and gigs, Countdown appearances, etc. He was the lead singer, and there must have been lots of attention from groupies not to mention large stretches of time way from our little family. One day his dad (my Grandfather) took that long haired musician son of his aside, and said... 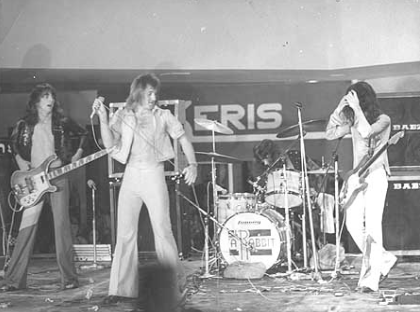 My dad,the rockstar the lead singer, the one with the microphone and the tight pants

"Son, what are you? Are you a rockstar, or are you a husband and a father, because you cannot do either one properly if you carry on like this? You need to make a choice"
(or something like that)

So... mulling it over, my Dad chose my Mum and I, and to let go of the band and be a family man.

He broke the news to his band and suddenly they needed a replacement singer. So the band looked around to see who could replace him. On the radar was a dude who was the lead singer of another band, but they thought they might be able to tempt him to jump ship. And he did... joining the band, taking my dad's place as lead singer. He reasoned that the band he had left was not going to do so well, was not that great, and prospects for success were imminently better with this new band.

And so, as these things do, the dominos falling meant that now another band had lost their singer.

No doubt pissed off at this, this other band now looked around for their own replacement.

They did find another lead singer. And I guess that even though initially it was a bummer for them, it worked out kind of okay in the end.

Because they did all right actually. You might have heard of them. They were called ACDC, and the new lead singer was a guy called Bon Scott.

So in a way, Bon Scott got his break because of me, and my Mum. And my Dad. Incidentally, Dad did the right thing too — he and Mum have been happily married for over 46 years yet, totally proving wrong all the doubters that their union would last. They may not be rich and famous, but they are bloody happy and totally in love. So I guess that it turned out pretty well. 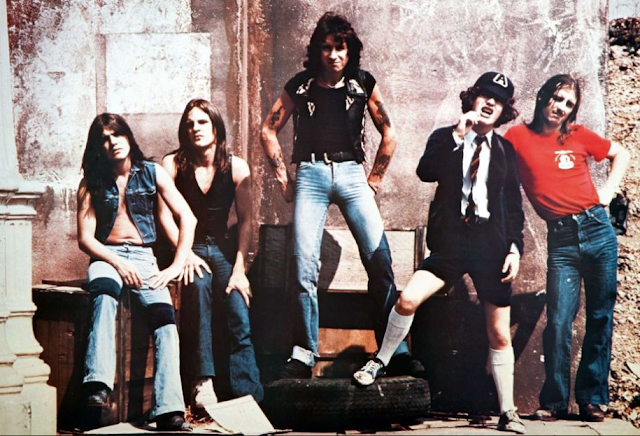 Almost famous. Not quite. But definitely happy. And that's brilliant. Don't you think?

at 06:24
Email ThisBlogThis!Share to TwitterShare to FacebookShare to Pinterest